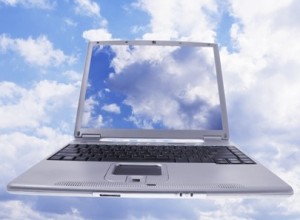 And here is thy corporate future… two years from now, personal computer will take a back seat. The personal cloud will be the new sun of the corporate solar system. It will be the everyone’s most important possession… which is strange because it’s not tangible. That, however, is beside the point.  Gartner’s scientific crystal ball has revealed what the corporate world will look like in 2014… and it’s cloudy.

Gartner is not saying people will not be needing personal computers anymore. It is only saying that it will not be a center of business operations. People are going to be more flexible, mobile and limitless by 2014 and they will not let a piece of hardware to limit what they can do. Ultimately, people will be mobilizing every available resources to do what they need. Those devices include smartphones, tablets, and even barrowed devices.

The expectation of consumers is to be able to move seamlessly between devices as if all these devices are one. In essence, that is already beginning. Apple is promoting heavily the benefits of owning Apple devices. Updating your calendar, for example, on your iPad will automatically update your calendar on your iPhone and macbook.

By 2014, that seamlessness will cut across devices, all brands, and all countries through the cloud.

They are labeling it the post-pc era. This may be a little inaccurate because the transition is not about hardware or software. It’s about the change in lifestyle and culture.

1.  Power to the Consumers

This may be a little predictable but it is important to mention. Consumers being content makers and trend drivers are all the rage but Gartner is saying ‘that is nothing compared to what is coming’. Essentially, the trend will continue but they will be more aware of what they have, how powerful they are, and what they can accomplish given all the devices and resources at their disposal. They will still set trends but more importantly, it will be a trend where they are the center. It will be about what they want and need.

2.  Intangibility is the Key

Things are going to move to the clouds. To supplement the expectations that consumers have in a couple of years, everything has to be moved to the cloud. This is the only way processing, systems, and applications are going to be product and brand agnostic. Companies will move all they can to the virtual world. This, in the end, will also allow them to buy low power phones, PCs, and tablets and expect everything to run as smoothly. Hardware will be nothing but a bridge that will connect the user to their contents.

3.  The Change that Apps Brings

In about two years, apps developer will realize just how much they are changing the market. One important influence is the way they are training people to expect portability. Simple and free applications are now being used for important functions like changing the setting of servers or tap into contents housed in the cloud.

Google started it when they made available a free email service with a space so big, it blew everyone’s mind, especially that of Yahoo. Users suddenly realized they can turn their emails into a personal cloud. They have been doing it since. They followed it up with training their users to help themselves find solutions to their own problems, set up their own accounts, develop their own systems, and fix their own bugs. They did this by giving their users the “raw materials” they can use to build what they need. It is now the norm. Companies are expected to give their consumers the option to access the utilities they need to build their own infrastructure and see their progress as it happens.

Consumers are done waiting. They don’t want to hear the “We’ll get back to your line”. They know that the internet has no limits. They access it anytime and anywhere. They don’t see any reason there should be a delay between them and what they are trying to accomplish. That is only possible if and everything is in the cloud. Their main device is the device they are using at the moment of need.

Steve Kleynhans, research vice president at Gartner, said that “cloud services will become the glue that connects the web of devices that users choose to access during the different aspects of their daily life… the specifics of devices will become less important for the organization to worry about. Users will use a collection of devices, with the PC remaining one of many options, but no one device will be the primary hub. Rather, the personal cloud will take on that role. Access to the cloud and the content stored or shared in the cloud will be managed and secured, rather than solely focusing on the device itself.”