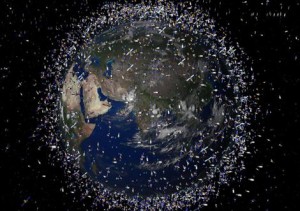 Due to the addition of multiple undersea cables, the amount of bandwidth available throughout the globe has increased and seems capable of keeping up with the ever increasing demand, but when it comes to prices, the rates are still restrictive and can be very expensive in certain routes, such as those in Africa and India.

Telegeography has recently updated its pricing data for the global wholesale bandwidth, and according to their findings, the prices for bandwidth capacity may have dropped in certain routes due to the new undersea cables, but the drop is negligible. One example is India – with bandwidth still costing $175 thousand monthly for 10 Gbps transfers between Mumbai and London, which may be 22% lower than their previous rates before the three new undersea cables connecting India were built 3 years ago, but is still poor compared to the $100 thousand or less per 10 Gbps cost when sending data to and from between Miami and Santiago.

The charges help gauge the overall cost of sending web and data center traffic across the globe. It is worth keeping in mind that the prices are falling, even if the speed in which they drop is slow. A linear reduction in costs, no matter how slow, is usually a good thing, especially for web operators, ISPs, mobile operators, web companies, and even end consumers. The only causes for concern are lack of competition, corruption, and regulatory issues, which results in huge disparities between rates depending on region.

Government Sector will Invest $18.48 Billion by 2018 in Cloud Computing

Google Glasses to Debut in 2012

50% of Enterprises Operate Sensitive Data in the Cloud – Ponemon Study