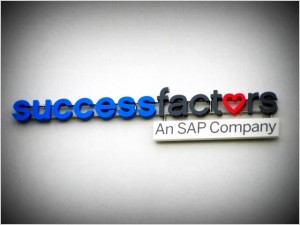 SAP’s yearly event for their partners and customers, called Sapphire, served as the launching point for SuccessFactors as a SAP company. SAP has created a new division called Cloud Computing, with SuccessFactors CEO and founder Lars Dalgaard helming the division, overseeing its 5000 employee-strong team, all of which are assigned to help SAP’s cloud strategy.

According to Dalgaard’s update on Successfactors, they currently have 3500 customers, with as many as 15.6 million unique end users. This makes SuccessFactors the largest cloud company, with a userbase 15 times the size of its competitors. SuccessFactors is currently used in 60 different industries spread out across 168 different countries.

According to their stats, the 15 million SuccessFactors users have used the suite to accomplish as many as 29 million performance reviews, complete 45 million learning items, commit 61 million goals, and process 23 million job applicants. While that’s already an impressive performance, there are still plenty of developments announced during the event.

Since SAP has a policy of using their own products, the SuccessFactors division now use SAP’s own cloud solution, Business ByDesign. BBD now acts as a supplicant to SuccessFactors’ old installed business applications. BBD was an exercise in rapid implementation, with the solution being deployed and going live within ten days. With their move to SAP’s Sales OnDemand, they took 600 thousand accounts with them and the migration of data was completed within the same ten day timeframe.

The implementation of BBD on SuccessFactors should allay the fears of users who are worried about the fate of SAP’s Business ByDesign. During Sapphire, Dalgaard assured people that the product will not be retired under his regime. But he admitted that he intended to kill the product at one time, but decided not to after realizing that as many as 350 customers were running their businesses with the product. As a result, BBD continues to be supported by SAP.

Another Core HR in the Cloud Entry

SuccessFactors’ HR management suite is now marketed as an HRIS product, and its Employee Central module planned to be built as a core HR solution. The first addition to the suite is called Financials OnDemand, which is basically a global financial application ported from the BBD suite. The second addition will be multinational support in areas that need them. There is also a possibility that other modules from BBD will be ported over, particularly Sales OnDemand.

Currently, SuccessFactors is competing with Workday as an ERP solution, primarily because they both have integrated financials, talent, and HR management. The future addition of sales support could put SuccessFactors in an even better solution to compete with Workday and its partners Cornerstone and Salesforce.com.

IT Industry Cloud Predictions for 2012