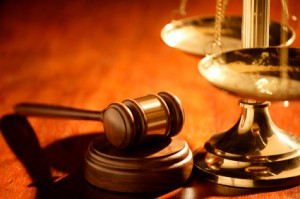 Cross-border activities is now seeing unmitigated expansion with the help of an ever-improving and ever-dominant technology. Through the Internet, communication and commerce is able to continue unimpeded by geographical distances and jurisdictions. It is the perfect example of a “global village,” in which the world has become so interconnected that it starts to feel smaller. When it comes to international relations, this cross-border dynamic is very important, due to the fact technology is evolving so fast and its effects on society is almost incomprehensible that is becoming a constant challenge for existing theory. The problem is that the security inherent in the technology is riddled with both misconceptions and valid concerns, exacerbated by the fact that many of our real world processes rely on the same technology.

In spite of cloud computing being a relatively young technology, it is already becoming part of everyday life. The cloud itself is a globalized technology by design, making communications over the internet become more efficient, flexible, and accessible being its main purpose. However, it is this same global nature that introduces a number of problems with regard to politics, legality, and cross-border laws. The implications of Cloud technology’s ability to transgress borders, legalities, and jurisdictions is somewhat underexamined, but still vitally important not just for the study of International relations, but also for the tasks of policy and law makers. The rapid increase in the popularity of the Cloud has led to a whole swath of legislative issues, particularly ones related to governance and/or jurisdiction.

There are currently three main types of Cloud computing: Software as a Service (SaaS), Infrastructure as a Service (IaaS), and Platform as a Service (PaaS). The names are self-explanatory; SaaS offers complete applications on demand (like word processors being hosted remotely, allowing people from different locations to use it without installing the software on their machines), PaaS is effectively an Operating System hosted via the Cloud, and IaaS is an entire virtual computer offered through the cloud – providing basic computing services such as processing and data storage without the need to buy and setup your own datacentre or server.

Aside from the three main categories above, Clouds can also be classified as Public (like Amazon EC2, Google Drive, etc), Private (like the ones designed and tailored to the needs of a specific company or an individual), and Hybrid clouds, which basically combine the features of public and private clouds.

The popularity and growth of cloud computing is undeniable no matter what definition you choose to go with. In 2013 alone, it was posited that almost 51% of businesses have adopted some form of cloud computing for their operations. Experts estimate that the cloud would make up 80 to 90 percent of computing and data storage in 5 to 10 years time, with the entire industry being worth $56 billion by 2020. Now that we’ve seen a move from storage based to app based, the predictions are starting to become even more feasible.

Due to the virtualization of environments, Cloud computing eventually rose to become the next wave in ICT, bringing with it advanced IT, cost effectiveness, and massive scalability. Cloud computing has since allowed various companies, organizations, and even individuals to benefit from large scale computing without taking on the costs associated with server farms. Due to the lack of need  to setup and maintain large server farms, Cloud computing also provides a large amount of usability, as even people with limited technical know-how are able to take advantage of massive computing ability and resources – the same one that used to be exclusive to people with strong and extensive technical backgrounds.

The two main concerns raised by Cloud Computing is with regard to governance and security. Business users are usually more concerned with the latter, as a third of businesses using the cloud are aware that there is always a trade off between security and cost, which is exacerbated due to the very public nature of the cloud. While employing a private cloud could minimize the problem, the fact that systems can still be accessed remotely means that there’s still a certain amount of risk involved, albeit only a fraction.

Public clouds also have a problem with jurisdiction, as there is no clear distinction on who is responsible for security within the cloud. Users expect cloud providers to provide everything from security, anonymity, access restrictions, and liability but there is still a noticeable lack of clarity on what is actually protected in an IT environment. Liability is a particularly big concern, as problems arising from theft, data loss, and leakage of sensitive information could result in lawsuits levied at the wrong people.

While it is understandably presupposed that Cloud Computing companies are the ones who are supposed to look after data privacy and security, there are cases when it is not the case. For example, CloudFlare recently managed to release themselves from both their assumed obligations when a hacking organization dubbed as LulzSec used CloudFlare as their hosting. CloudFlare was successful in proving that they are not liable for the actions of LulzSec, further highlighting one of the many flaws in Cloud legislation: basically, many (if not all) state law and jurisdictions are not comprehensive enough to be applied effectively to the cloud.

With regard to governance and liability, the problem is that cloud computing’s rapid growth and improvement has made a lot of country-specific laws and policies inapplicable. For instance, the laws applied are usually the laws from the country in which the server hosting the data is located. However, it is common for cloud service providers, especially large ones, to keep redundant copies of data in different concurrent servers which are hosted in different locations, so it is not uncommon for a single data to have copies hosted in several different countries, each having their own laws and policies.

Problems Between the State and Cloud Computing

It is not exclusive to cloud computing. The Internet itself has increased the amounts of trans-border disputes, with the more sensationalized cases being those that deal with what cannot be shown in one country, and those that deal with property rights, patents, and copyright law. Many attempts by different states to apply their laws to virtual environments have only led to conflicts and bigger problems. The fact that cloud computing involves even bigger transfer of data across borders exacerbates the problem.

Currently, cyber legislation with regard to clouds is applied on a case-to-case basis in order to avoid conflicts, and also as a way of acknowledging the fact that the cross-border capabilities of the technology prevents any single country’s law from being applicable to every single case.

One way of solving this is to create a global standard for legislating technology. However, this would require a successful cooperation between various organizations for standardization and regulation, as well as different states. Another possible solution is for better mutual agreements and SLAs between the cloud service provider and the user.

Freedom of the Cloud – the New Mare Liberum?

Currently, the biggest concern with the cloud is the issues and conflicts it introduces with regard to jurisdiction, as it is only through this that other problems can be addressed or resolved via legislation. Since this problem hinges on trying to legislate a land-less technology using laws based on land, it is therefore logical to assume that a better approach would be to use the notion of the free seas, which originally arose in the works of Hugo Grotius. Grotius’ Mare Liberum posits that the expansive nature of the sea emancipates it from the laws that apply on land. It is said that cloud computing can be seen in the same way.

The key takeaway from Grotius’ Mare Liberum is that land is common but there is a need for ownership because it is limited and depreciable. The sea, on the other hand, is so vast in size and impossible to contain, so there is no need for ownership. The cloud is the perfect parallel to the sea, as it is also limitless to the point where it cannot be defined, and it is not subject to depreciation.

A Cloud in the Open Seas?

In line with the Mare Liberum idea, several cloud providers have already tried to escape state control by hosting its servers in the open seas and the air, such as in the case of Google Navy and the Pirate Bay Drones. Both cases removed the cloud servers from the land, and is therefore free from the jurisdiction of its laws, with Google Navy not only using hydropower for powering their servers, but also taking full advantage of the fact that US laws no longer apply to their servers. The Pirate Bay drones in particular are more notable, as they file sharing network consistently butts heads with the laws of many countries, but hosting their servers on drones would put their operations outside of the jurisdiction of land-based laws.

While Mare Liberum is over 4 centuries old, its nuances still apply to this day, with many international laws and philosophies being based on the state of Nature. However, as Cloud Computing has proven, there is a need to review the current laws in order to shape them into something that can keep up with the rapid changes and advancements in technology. The Cloud allows great freedom, prosperity, and creativity, but it still needs laws in order to provide a level of protection for its users.

A Sneak Preview of Cloud Computing in 2020