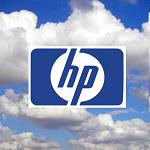 Hewlett Packard (HP) is ready to take the cloud on a new level as it explores a road no other cloud player has taken, even when it appears crazy to some. Some of the cloud plans include the Moonshot gear, Analytics-as-a-service and many other unusual ideas.

With this new revamp, HP hopes to attract a different market other than that being pursued by other giant cloud players as Google, Amazon Web Services and Microsoft.

In two months’ time, HP will release a new, big and powerful cloud platform service that is very similar with what Amazon offers. Although it is similar, this product will be more business oriented that offers both unstructured and structured large databases that offer data analytics-as-a-service.

Zorawar “Biri” Singh, senior vice president and general manager of HP’s cloud services, said “We’re not just building a cloud for infrastructure. Amazon has the lead there. We have to build a platform layer, with a lot of third-party services.”

Singh also hinted that they already have users who are testing the product in beta who are seeing the big advantage it can offer in business. The fee for the service is yet to be disclosed, but he added that HP will definitely not hit the ‘8 cents per computing hour.  Compared with Amazon’s self-service model, HP hopes to top it with its customized sales and cloud service offerings.

It took a while before HP responded to the need for cost-effective storage and utility services. As of this writing, HP has just released some of its cloud plans and people can expect more to come.  One of which is HP’s plan to strengthen its OpenStack-based platform by improving its stability features.

The biggest step HP is taking is to venture into a path where no other cloud player has tapped. It does not hope to go to the same level of financial and intellectual investment as Google, Amazon and Microsoft. It also does not plan to join the league of the Amazon wannabe’s as IBM’s newly acquired SoftLayer, Rackspace or Joyent. It hopes to capitalize on a different route using a different strategy. HP will use all its resources to construct on more expensive build-to-fit tech on integration and analytics, which is its expertise.

Among the products HP is developing include the cloud services automation (CSA), Autonomy and Vertica. HP will develop and use some of its existing software products that are difficult to acquire in the market, and use it remotely.  It will also capitalize on its top of the line servers and gear it towards a different cloud infrastructure, which is part of the plan for Moonshot server.

Roger Levy, vice president and general manager for HP said, “We have what’s called a bill of materials evolution, in terms of as we order the next tranche of hardware, and each tranche gets better and better and better in terms of cost-performance, and Moonshot is lining up to be our next architecture.”

So far, the craziest and wildest idea that HP would venture into is to sell service provider’s complete cloud stacks. In fact, HP is already making negotiations with service providers promising to equip them with the software and gear that would allow them to run their own cloud platform.

“It is a little crazy to take and enable potential competitors. Why in the world would you want to go and give away the secret sauce and build a public cloud for your competitors? We think it’s actually great for the industry. It’s great for our customers. It goes through the scale question – scale can be achieved through a group of providers and not just the single provider. And at the end of the day it’s a very good business for HP – it includes our software, our hardware,” Levy said.

Levy is all hopeful as HP prides itself with a great lineage of immense inventions.

China Intends to Dominate the Cloud