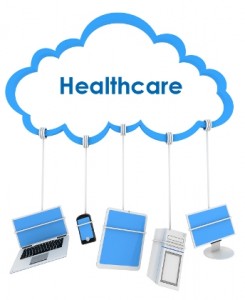 After Google and Apple, Intel now is entering the healthcare industry. The chip company has started a new program in the area of big data along with the Michael J. Fox Foundation for Parkinson’s Research.

The initial objective of the project is to use wearables to monitor patients remotely and store data in an open access system for scientists to conduct big data analysis. In the next phase of the study, which is expected to begin in the fall, the Foundation would allocate funds to see how patients respond to a medication. Participants will be monitored by a variety of portable devices.

Data science and wearable computing hold the potential to transform our ability to capture and objectively measure patients’ actual experience of disease, with unprecedented implications for Parkinson’s drug development, diagnosis and treatment. It is expected that with the new technology, more precise information on the frequency and severity of symptoms can be measured.

Intel says the variability in Parkinson’s symptoms creates unique challenges in monitoring progression of the disease. Emerging technologies can not only create a new paradigm for measurement of Parkinson’s, but as more data is made available to the medical community, it may also point to currently unidentified features of the disease that could lead to new areas of research.

Clinical trials have been too subjective in the past. For example, a patient may tell the doctor that felt a tremor for several minutes, when in fact it lasted seconds. In the future, Intel hoped that patients and their physicians have more accurate measurements using portable devices on the frequency and severity of symptoms. Intel hopes that big data analysis will help researchers to extract conclusions about the diseases and the new treatment approaches for symptoms such as tremors, sleep patterns, and gait.

Intel is optimistic about this project, noting that it is not only limited to Parkinson’s disease. It is the gateway to research and to learn more illnesses and the company is looking for possible cures or treatments for other diseases through big data analysis.

Intel is not the only big technology that looks forward to the health sector. According to some rumors, Apple is working with various healthcare professionals in hospitals to bring the HealthKit, the system of monitoring of biomedical parameters that will be integrated into the new iOS 8 operating system for iPhone and iPad.

Last year, the Society of Actuaries (SOA) report on big data effects on healthcare industry found that the arrival of big data approach in the areas of health, whether from the pharmaceutical, medical personnel or institutions of care, has raised many expectations.