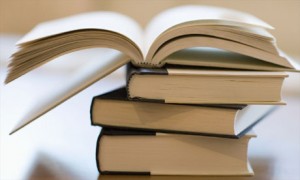 In October, we talked about the concept of “ownership in digital publishing“. Now, let’s take a look at how the cloud is affecting authors.

Authors everywhere should be paying homage to Gutenberg, the man who created the printing press late in the mid 15th century. Without him and his invention, books would be non-existent and there would be no “authors” in the true sense of the word; no Stephen King, Ayn Rand or Isaac Aasimov churning out page upon page of stories.

Maybe this is putting a little bit too much emphasis on the author. While they do take care of the conception of the material, it is the publishers and the publishing companies that are tasked with manufacturing, reproducing and ultimately selling their works.

However, the advent of the Cloud is a verifiable game-changer when it comes to literary workings. As opposed to the pre-Cloud era, writers had mostly always needed to rely on publishers to get their works printed, sold and achieve success. The Cloud allows authors to bypass publishers, as it offers copious amounts of free space to which their writings can be published.

The Cloud does seem to be changing the writing game as we know it. The question now is: what is the role that the Cloud now plays in Publishing?

Thanks to the Cloud, various forms of media are beginning to find their way on to the web. Whether it is music, videos, articles and even books, the Cloud offers a platform where these pieces of media are able to be posted and presented with nothing more than clicks of a button.

As opposed to doing business with publishers and their companies, some authors may find solace in the freedom that the Cloud offers. First off, there is no need to invest one’s own money in working with these publishers, as the Cloud is a free platform. As such, authors and writers are able to publish their works themselves. These works will always have a place in the multitudes of spaces in the Cloud.

Since the Cloud is a regular breeding ground of many forms of media, writers will be able to easily search around the web for whatever it is it may need. Whether it is, different works that they wish to read or peruse, different types of creative advertising or sources of inspiration that one needs to fuel their own writing, it is all pretty much locatable within the Cloud.

At the same time, the inter connectivity  and the total convenience of the action that the Cloud offers makes sharing and disseminating one’s own works a breeze. Anything that is uploaded is able to span the globe many times over, and through different creative forms as well. Thus, the promotional actions that publishers once took care of are also covered.

Anthony Horowitz, author of several books, states that the net offers many possibilities and opportunities when it comes to putting one’s literature online. For instance, he ponders on the possibility of combining music and even sound effects while reading a work. Even more interesting, he states, is being able to add voice-overs that will be able to narrate, and the ability to switch point-of-views, so as to liven up the story-telling process.

Cloud as Publishers: The Verdict

With everything that the Cloud is able to offer — the free platform, its affordability, the ease of access, the innovative capabilities — coupled with the fact that the need for publishers is on the decline, it is not at all to envision the publishing acts as a self-driven action facilitated by the Cloud. However, there are notable quandaries that one must note as well.

With so many works on the web, a pattern emerges wherein there is a tendency to over-value new writing and under-value old ones. This means that readers that subscribe to the Cloud usually forget what they read and hunger for newer works every time. This isn’t good for the lifespan of a piece of literature.

Also, the fact that the platform is generally a free and easy one to use there can literally be millions of written works online. Out of all that one can find, Lewis McCrary emphatically states that not all are good works. He says that 4% of things read online can be considered as entertaining rubbish, while only 1% is valued as a work that is of value to the intelligent reader. This can be attributed to the fact that the publishers are sidestepped when turning to the Cloud.

Apart from the advances in money, the promotion and marketing of books, the publishers are also editors. Published works (whether books or journal articles) actually pass through several revisions and are polished to perfection by these same publishers. But because people see the opportunity for self-publication on the web, there are no more editing experts who are able to read one’s work and understand how certain changes will make it better.

There is no denying though that the Cloud is on its way up. Therefore, the best course of action is for the publishing companies today to embrace everything that the Cloud has to offer. Paradise says that it is not impossible to think that in 5 years time, only ebooks and works on the net will be available. The publishers are now in a position wherein they can contribute to the betterment of works that the Cloud is now attracting. The future is now.

Gartner: Big Data Market is Worth $3.7 Trillion, Generating Over 4 Million Jobs by 2015