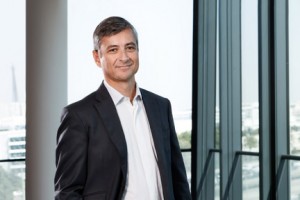 Microsoft is increasingly investing its R&D efforts in Cloud Computing. Microsoft International President Jean-Philippe Courtois said the company will spend 90 percent of its $9.6 billion research and development budget on cloud strategy this year. Microsoft’s global growth is “balanced and healthy” with faster growth in emerging markets, Courtois said in an interview with Bloomberg HT television in Istanbul.

Tech Circle reports that Microsoft may well be looking to make up ground on competitors Salesforce.com, Oracle and SAP, which have taken significant leads in the field of cloud computing. Despite this, Courtois told Bloomberg that Microsoft’s prospects looked healthy for the immediate future, praising the company’s strong presence in emerging economies for underpinning its overall financial performance.

According to experts, much of Microsoft’s profitability comes from its enterprise offerings, meaning that the implementation of a stronger focus on cloud products is critical to preserving its dominant presence in the business software market. Products like Google Docs and others have threatened to undercut the Redmond-based giant’s position in the sector, and cloud innovation from others like Amazon have provided flexible new options for firms on a budget.

At Convergence 2011 held yesterday, Microsoft announced that it will be launching cloud computing offerings with its next major release of Dynamics ERP solutions, which will run on the Windows Azure platform. It has a marketplace for Dynamics where independent software vendors (ISVs) and partners can showcase solutions, add-ons and services.

The need for portability and interoperability – IDC White Paper