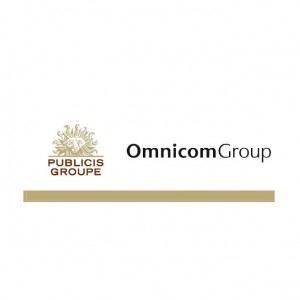 It’s been recently confirmed that two of the world’s largest advertising agencies, Publicis and Omnicom, will be merging. The announcement came via an 8 am ET conference call made on Sunday, July 28, by Omnicom CEO John Wren and Publicis Groupe Chair and CEO Maurice Levy. They will both serve as co-CEOs in the merged companies, which will take on the name Publicis Omnicom Group.

Most industry experts have been focusing on the merger’s effects on the two companies, as well as the competitor and formerly largest advertising network, WPP. But what’s more interesting and probably worth delving into is the effects it will have for the industry and the clients.

According to John Wren, who will become the sole CEO after Levy becomes non-executive chairman in 30 months (both companies were under pressure to find successors to the two CEOs in the past, as both have plans of retiring soon, and it seems Levy stepping down has made the move easier), there will be no layoffs or job cuts as the complementary skills possessed by the staff of the two groups are complementary, and have actually created new opportunities that will benefit the clients greatly.

According to Marcomms and technology business consulting firm Results International, the merger was a surprise, considering the tough competition between the two companies in the past, as well as with WPP (which was formerly the largest advertising network, before the merged companies overtook it). But as far as its effects on online marketing, there would be very little outside of the fact that their new size could give them a lot more cloud in media buying, giving them the ability to push down the prices even further. However, there’s no cause for panic as there is still a limit to how far down the prices can be pushed, regardless of an agency’s size.

Additionally, their sheer size could merit closer scrutiny with regard to regulatory issues, out of concern that they could decrease competition after turning into the largest advertising network in the world. But that’s not a surefire scenario, and right now the only cause of concern is the cost of media buying, where the merged companies will have a major impact. By saving a little bit through media buyers, the two companies’ shareholders can benefit from slightly higher profits, assuming they can get the prices way down.

As for smaller agencies, the biggest benefit will be that they have one less network agency to face off against when pitching, although it’s arguable whether that’s a good or bad thing, as they now have to face off with a larger company that has more resources and expertise under its sleeve.

For now, all we have going is the confirmation of the merger, and everything else is speculation. It’s true that the share price of both companies will be affected, but we don’t know yet whether the effect will be positive or negative. Online marketers, on the other hand, don’t have anything to fear as the advertising landscape will not change to any great degree.

Data 2.0 Summit Explores the Next Generation of Cloud Data