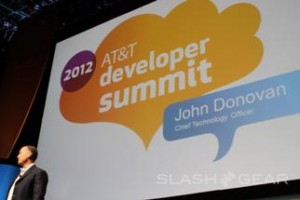 AT&T has closed a major partnership deal with OpenStack to provide an open-source cloud-based platform. This development was announced last January 9, 2012. AT&T is expected to give the project a big boost, while the company also benefits from the OpenStack cloud platform.

OpenStack, an IaaS project was the brainchild of NASA and Rackspace Cloud. Other than AT&T major companies have previously joined like Dell, Citrix, Intel, AMD, SUSE Linux, HP, Canonical and Cisco. The open-source cloud project was released under the Apache License.

Mark Collier, a key personality in the OpenStack community and is the vice president of marketing at Rackspace formally announced the partnership in his post in an OpenStack blog last January 9.

“We also announced today that AT&T has become the first U.S. telecom services provider to join the OpenStack initiative, a community of more than 140 technology companies worldwide. We’ve been participating in OpenStack for more than a year and have already contributed a blueprint for a potential new function within OpenStack, focused on transactional task management. “

“We’re housing our OpenStack capabilities on dedicated infrastructure in three AT&T data centers today, with locations in Dallas, San Diego, and Secaucus, N.J.  We plan to more than double the number of our centers with open-source capabilities in 2012.”

The Cloud Architect, a new cloud development project was announced at the AT&T’s Developer Summit held last January 8 and 9 in Las Vegas. This is a preview for the coming 2012 International Consumer Electronics Show. AT&T also has big plans for the Developer University at CES to be held on January 12.

AT&T’s Cloud Architect is a cost-effective, developer-centric, efficient, scalable and integrated cloud computing development services, according to Donovan. It will also provide various configurations and options to allow users to customize access from public or private cloud platforms.

“While we deliver a differentiated cloud experience to a wide range of enterprise customers, providing them private and virtual private cloud solutions, coupled with the security and performance of their MPLS-based [Multiprotocol Label Switching-based] corporate VPNs, we also understand that developers’ cloud needs differ significantly from those of enterprises. Developers need the reliability and stability of our differentiated cloud too, but first and foremost, developers need flexibility, affordability and speed in turning up new services. Cloud Architect will be available in coming weeks, and our developer-centric service offers will expand throughout the year,” Donovan said.