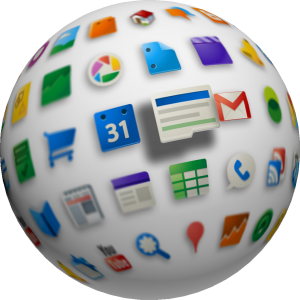 June 22 marked am important day for Flint Waters as all of its employees are transferred to a fully cloud-based email and communications’ system. The ribbon cutting was attended by key personalities: Governor Matt Mead, David Girouard, President of Enterprise for Google and Flint Waters, Wyoming Chief Information Officer. Wyoming is expected to save $1 million dollars annually for this move, compared to its previous email support using 13 platforms. Girouard announced Wyoming’s first, that all of its 10,000 state employees will now be moved and migrated to Google Apps for Government.

Governor Mead said, “As all of you know, one of my top priorities is moving technology forward in Wyoming.” He added, “This is cloud based computing and has many advantages. It provides an opportunity for employees to communicate with one another better; it provides an opportunity to share documents; it is going to save the state of Wyoming over $1 million dollars per year; it is going to provide better security and better storage capacity and ultimately it will allow us to do our jobs better because we now have a better tool.”

Governor Mead and Waters recognized the state employee’s efforts for their work on the migration to the new email system. Waters said, “Once again we are leading the world in how we innovate. We are a small state by population but we are moving forward very well.”

Girouard came to Cheyenne for the special announcement, he said “Wyoming likes to be first and that is a great message to us,” and added “This is the first state-wide implementation of Google Apps, so it’s something we’re very excited to partner with Wyoming on.” He said he was delighted that the Governor’s office was one of the firsts to migrate to Google Apps. He emphasized that it would clearly give Wyoming a sure source of savings, plus all employees will be using the most advanced and up to date software in accessing their email at all times.

When CIO Waters was asked whether Google Apps was cutting edge or bleeding edge, he replied, “Across the industry it’s cutting edge. But if you are someone who is not used to technology, it very well may be bleeding edge. And that is just the nature of folks moving to a new software no matter how a software environment changes.”

Waters reassured the citizens of Wyoming that they do not have to worry because the new email addresses and the standard protocols will be properly communicated to them. He said, “However, all the old mechanisms will continue to work. It’s just going to make it easier for them because people (state employees) are going to have to spend less time dealing with challenging technology and more time on their directed tasks.”

Waters is so excited to have the new email system fully functional and said, “because the state is geographically disparate, anything that will allow the folks that serve our needs as citizens to be more effective and to collaborate, and to come to solutions quicker as citizens, is a win. And right now, in Wyoming, cloud computing is delivering that.”