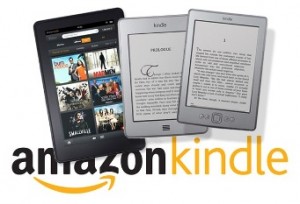 The Amazon Kindle Fire outage last month created high frustration and disappointment level for its users. This was in spite of Amazon’s assurance of “ultra-fast web browsing,” the truth is, several users say that Silk runs slower through Amazon Web Services (AWS). Amazon reasoned out that the cause of problem was the overload with cache that prevented Silk to predict the user behavior. A month after that experience, everyone is curious to know how Silk is doing now.

Looking at how Amazon is supposed to work will give a background on its cloud computing framework. Amazon used EC2 to speed up Kindle Fire, so that when a user tries to load a page it directly goes to Amazon to leverage connection and display the content.

What makes Amazon unique is its ability to cache most visited content and mainstream it to the tablet. What EC2 does is to connect directly to the Internet backbone to make connection faster. Amazon also uses EC2 to offload pages so that JavaScript automatically executes a page.

To determine how Kindle Fire is doing these days a test was done through the same WiFi connection without the use of Adobe Flash. A page was loaded twice to differentiate the connection with cloud and without cloud acceleration app.

The following results were gathered: ExtremeTech loaded within 12 seconds without AWS, which was the same record as before. When AWS was turned on, the speed was 12.25 seconds, which is almost the same without AWS.

Another test using CNN page was loaded, this was chosen for it needs to load several contents at the same time. Without AWS the speed recorded 9 seconds and 8.5 seconds when AWS was enabled. Based from this test it showed that AWS made the connection slightly faster, and no matter how short the gap it makes cloud acceleration very promising.

Finally, a last test was done by loading Reddit, which completed display in just 5 seconds without the cloud acceleration tool; with AWS it loaded at just about the same time. In this round of test there was no difference with content loading with or without AWS.

Using EC2 at Amazon homepage loaded in just 10 seconds without AWS, and when the accelerator was turned on it loaded in just 9.25 seconds. This showed that EC2 indeed makes Amazon website to load faster through Amazon servers.

After the last outage from last month, these series of tests that were conducted proved that Amazon had already erased the performance issues. Although AWS still has strange loading behavior it showed improvements compared from its last month’s performance.

A technical perspective, however, suggests that AWS should make the connection gap a little wider, so users can differentiate between a direct connection and AWS connection. It should stand up to its marketing campaign of a snappy “split browser” model.