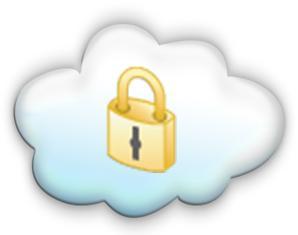 A recent report from Apple stated that about 85 million users have registered and signed up for the iCloud services. It is, as they put it, a positive indication that more computer users are ready and happy to migrate and store their documents and music, personal files and pictures to the public cloud.

Apple’s iCloud has set the bar on cloud computing that is why more people are willing to trust its platform. Microsoft also has a say to this from their uprising signups from at least 17 million users a month from their DropBox and SkyDrive services.

Online music stores are also easily accessed through the cloud; among them include Google and Amazon’s online store.

Cloud computing or off-site data storage as it was previously called was considered as “belt and suspenders”, which are very important backup tools for the computer users.

The unique feature of cloud computing, however, is to allow users to store important data and files in a hosted server.  The public cloud also allows them to access only the data they need at the moment through a smartphone or tablet PC. Once they are done with a task they simply have to return the file to its cloud storage until they are needed again.

Cloud computing obviously has more advantages, but it also presents some obstacles like the need for a stable and reliable connection, otherwise, access will be very difficult. Work can be disrupted if there is no connection unlike when data are stored on-site where there is uninterrupted operations. Another problem is the fact that many outsource companies now deploy work at home meaning more users are clogging the Web traffic that causes slow connection and, therefore, sluggish workflow.

Lastly, there is the big issue on cloud security, in spite of cloud provider’s claim that they have secured hosting. It is, however, only the users who can decide whether they trust the cloud platform or not. Apple CEO, Tim Cook believes that he already knows what the users want.

Cook said, “I see it as a fundamental shift, recognizing that people had numerous devices, and they wanted the bulk of their content in the cloud, and easily accessible from all of the devices. I think we’re seeing the response from that, and with 85 million customers in just three months, it is just not a product. It is a strategy for the next decade.”

Oracle: Big Data Yet to Generate Big Revenues for Enterprises