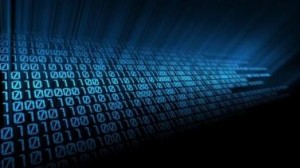 Just recently, Steve Wozniak, Apple co-founder, took center stage when he said that cloud computing is facing “horrendous” problems. Mat Honan from Wired magazine also made startling revelations that Amazon and Apple’s customer service departments have been hacked which resulted to compromising his social media accounts. His professional and personal information was lost and there were biased updates emanating from his Twitter and Google accounts. Honan has warned of the impending nightmare due to the important security flaws in cloud computing.

On the other hand, to counter these criticisms, cloud computing service providers have defended the cloud industry and pointed out that if the cloud is designed properly with the proper cloud security in place then the cloud is safe for users. The CEO of Backupify, Rob May, is quoted as saying that they “respectfully disagree” with the Apple co-founder. According to Wozniak, cloud computing users surrender control of their data when they move to the clouds. Rob May countered that by saying that customers must keep another copy of their data with an alternative provider. He said cloud users must not put all their eggs in only one basket.

Some experts believe that the data control’s main problem is not in the backup but in the encryption. CipherCloud’s VP for Marketing, Kevin Bocek, said that it is ideal to utilize an encryption gateway as the best way for users to ensure that their data is kept private and secured. Encryption, he said, will not allow other users to gain access of a customer’s data. The Chief Technology Officer of Vordel, Mark O’Neill, offers a basic and simple solution. He said clients can choose which data to move to the clouds. Important information can still be kept on-premise.

CA Technologies’ VP for Strategy, Andi Man, said that these concerns regarding cloud computing security are all legitimate. He reminded cloud users that they must implement a plan in order to secure and protect data in the clouds. Moving to the clouds can be slow yet steady development and that it is still in its early stage. He noted that when online banking was first conceptualized some ten years ago, businesses and consumers thought that it wasn’t safe. Today, online banking is part and parcel of a person’s banking transactions.

On the other hand, The CISO Group’s Managing Partner by the name of Alan Shimel believes that these cloud criticisms can be traced to a lack of common sense and fundamental human error not only by end users but by businesses’ customer service support group. According to Honan, hackers were able to get into his accounts and change his passwords through a representative of a customer service group. He also said that he could’ve implemented better backup and security procedures to protect his social media accounts. Shimel believes that hackers won’t be able to exploit the cloud computing users if cloud providers are able eliminate both process and human errors.

Today, Apple and Amazon are able to update their security practices especially those connected to password security during customer service transactions. Shimel is suggesting that there must be a 2-factor authentication process instead of the usual password setup.

Healthcare to Benefit Most from Cloud Computing