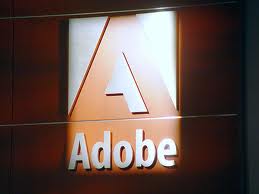 A statement from an Info-Tech analyst revealed what was to be the most overbearing announcement from Adobe MAX. It said that Adobe would soon release its new cloud development in data merger and collaboration; this will be called Adobe Creative Cloud.

This new product from Adobe, Inc. will make content integration and device sharing much easier for users from any place using any device.

Kevin Lynch, Adobe Systems’ Chief Technological Officer said that Adobe will revolutionize the utilization of new services with its new product. He said it will “really represent the confluence of new trends in the industry.”

Besides the collaboration features between Adobe’s desktop and tablet PCs, Creative Cloud will also offer its users the new community profile application. Adobe users will now be able to create their own personalized user’s page where they can share files and inspire new creations from fellow users.

He added “They’ve dabbled in some of the consumer things like Photoshop Online for example, but these are non-tablet, non-touch cloud things. So, Adobe has been in the cloud, both in consumer and in business for some time, but I think clearly what this is aimed at is pulling all the strategies together to have a mobile and touch interface cloud strategy with all applications that are touch applications instead of cloud strategies to a PC or desktop, which they’ve had for a while.”

The new portable version of Adobe Marquee app and Photoshop have both stressed the convergence of all genres of creative apps. Customers can now simply use the applications to create websites quickly just by using gesture controls through Creative Cloud. Then these images can easily be imported to other devices using the Dreamweaver to create the initial coding. All of the other important fundamentals like headers, videos, divs and buttons are all present including blank forms that can easily be developed and created, making website development so much easier.

Hickernell said of Creative Cloud, “its subscription to the services, the new cloud-only apps and ‘oh, by the way, we’ll let you download the physical apps.’ It’s really like an Office 365 when you think about it. Microsoft offers Office Pro Plus. You download it, it’s not SaaS, you download it but you get subscription licensing with Office 365.”

Additional features of the Creative Cloud include an interface feature with Adobe’s new business layer app. Plus the Adobe Digital Publishing Suite can capture and store any designed elements done in the Creative Cloud, and then generate them into tablet-published files.