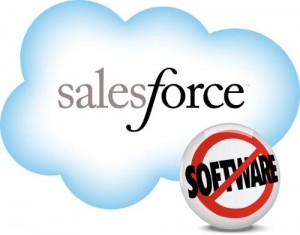 Analyst projections on Salesforce.com’s sales performance for the third quarter of this year has been beaten already. This was to be credited to the users and companies demand for more online customer support and management software.

Salesforce.com is currently the key supplier for such online features. Earlier this year, analysts had projected a $555.7 million sale for the third quarter. This figure was gathered in the Bloomberg survey. The company records however, showed that the sales had reached $568 million to $570 million, which used the same estimated earnings of 30 to 31 cents per share.

Brad Whitt, analyst for Gleacher & Co. in Dallas said Salesforce.com had the advantage because of the fee-for-service scheme purchase of software programs from end users. Cloud computing solutions have definitely helped businesses to cut down on their costs while still providing the best leverage for cloud providers like Salesforce.com.

Whitt said “The big secular driver here is the move towards the cloud and the economics associated with it. In some cases you can migrate to Salesforce for less than you’re paying for maintenance.”

Gartner research firm predicted that software-as-a-service (SaaS) will continue to rise by 21% in revenue until the end of this year that will reach as much as $12.1 billion. SaaS providers like Salesforce.com offers their cloud computing applications to companies on a fee-for-service scheme, making companies save on costs because purchasing the service is a lot cheaper than buying the entire license.

The Dreamforce conference that is set for August 30, 2011 will highlight Salesforce.com’s plans on including their new product feature plans that will allow users and companies to access and monitor their social media websites and interact with their customers on real-time.

Whitt is positive that the presence of key consulting firms, Accenture and Deloitte LLP as major sponsors for the event is very advantageous for Salesforce.com because these firms can help promote Salesforce.com.

Salesforce.com users have also grown tremendously to 104,000 as of the 31st of July. This record shows a huge 6,300 increase in users from the previous month. Salesforce.com revenue remained strong in the second quarter according to Chief Executive Officer Marc Benioff.

Benioff said “We have seen for our business a strong and accelerating environment. I don’t think we are going into another recession.” Salesforce.com projections show a $2.22 billion to $2.23 billion sale by the end of 2012.

With ECS, EMC Offers an Alternative to Cloud Storage