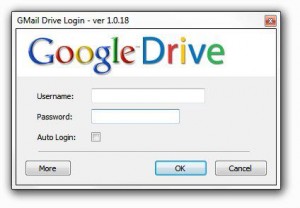 Google is reportedly set to launch its long-rumored cloud storage service Google Drive in the next few months. The service would offer space for consumers looking to store files online and access them from any computer, tablet or smartphone that connects to the Web. The content will likely be rendered shareable as links, with some natural integration with the Google+ social network.

According to Steven Levy’s book, “In The Plex,” GDrive, the nickname for Google Drive, was going to launch in 2008 under Bradley Horowitz, vice president of product management for Google+. However, Sundar Pichai, the senior vice president of Google Chrome, was against the idea and managed to convince  the execs to shelf Gdrive.

Currently startups Dropbox and Box.net are among the top providers of Web-based object storage. Dropbox which reported past October more than 45 million members turned down an acquisition offer by Apple. Box.net, which reported more than 8 million users by end of 2011 also turned down buyout offers.

If rumors are true that Google is expected to offer GDrive free to consumers and businesses, charging only for large file uploads, it could make difficult for Dropbox and Box to compete with.

Google declined to comment on what it considers rumors and speculation.

HP and Box.com Partnership on the Cloud