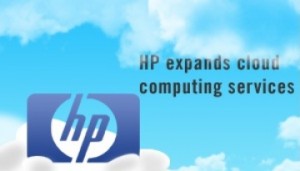 Amazon may well have a new rival on its cloud computing services because Hewlett-Packard announced recently that they will be moving towards that same direction soon.

NYT reports that among the software products that HP will release include applications for data analytics-as-a-service and unstructured and structured databases.

In November last year, HP launched its Cloud Solutions, which is part of their big move towards the cloud platform.  Cloud Solution’s features include advanced mixed deployments from and within the public, private and hybrid cloud infrastructures. This software will provide all stakeholders from SMBs, cloud and service providers and government agencies to leverage on the emerging cloud enterprises.

One of their target markets are people in Netherlands so they named their partners for software-as-a-service provider in the region. Centric and Dutch were certified to be partners and providers for its HP CloudAgile Program. To boost this move HP released several PR advertisements.

Centric’s primary role is to “help companies improve operations, offering software, IT infrastructure and market-specific application solutions to government, financial services, retail and housing corporation clients,” according to the press release. In Rio Rancho, HP remains to be the second largest company in the area; they offer the best customer service helpdesk and efficient technical support.

Another development took place as HP finally sealed the deal with ProLiant Gen8. It will boost HP’s cloud hosting services at the most reasonable cost. The server’s hype is its “self-sufficient” feature that would allow virtual machines to function on its own while it controls and monitors about 1,600 other system parameters and deal with technical problems on real-time. The servers were coined as “Project Voyager” during its development stage where about US$300 million was spent to complete. HP boasts that it will redefine how data economics function as they become automated.

The automation will use dedicated integrated lights-out (ILO) processor that uses minimal overheads. In the last briefing in Beijing HP announced that the servers will use chips that will read data through sensors that are embedded within the infrastructure. Administrators are quickly notified in cases of outages and system failures even before they occur.

The servers will run on Intel’s Sandy Bridge Xeon E5 processors that will be available using rack, tower or blade configurations. HP also announced that with Proliant Gen8 it will speed up performance by as much as 50%.

HP is seriously laying the foundation of their cloud platform to contend with other cloud giants. Cloud has really evolved and changed the way computing is done and continues to advance over time.