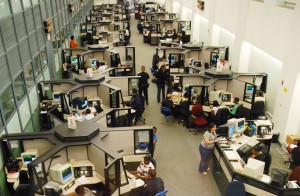 Ishe Zingoni also said that cloud computing adoption barriers among call centers include a misunderstanding of the cloud concept, a noticeable lack of control, security concerns, and high investments. In South Africa, infrastructure-as-a-service is growing steadily while software-as-a-service is in its development phase. On a global scale, the cloud computing market can generate revenue by as much as $241 billion for the next 5 years.