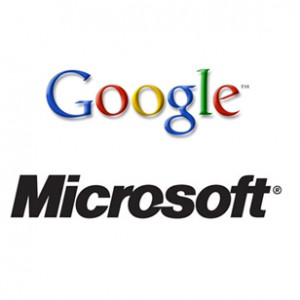 Let’s get this out of the way first: MS Word is deservingly one of the best word processors in the industry, with decades of upgrade cycles full of improvements and new features under its belt, it’s become so entrenched in the industry that even users  of non-Windows OSes tend to use ports of MS Office on their machines, simply because MS Word has everything that a word processor should have and more, without overly complicating or making things obtuse.

However, back in 2007, Google launched a cloud-based word processor via Google Docs. It’s free to use unlike MS Word, so it doesn’t exactly compete with Microsoft’s offering. Additionally, its featureset was still raw and lacking compared to its local-based counterpart. It was not yet mature, to the point that it was rarely considered as an alternative to MS Word. Fortunately for Google, they didn’t give up.

After constant improvements – including 200 updates to the core apps suite just last year – Google Docs has improved vastly. Google knows how to play to their strengths, so instead of trying to beat the fully featured MS Word at its own game, it decided to depend on it’s core strength: cloud technology.

Cloud Based Advantages of Google Docs

The fact that Google Docs is hosted on the cloud brings with it a couple of advantages that allow it to go toe to toe with MS Word when it comes to user satisfaction. First is that since the copy of the software is on the cloud, users don’t need to worry about upgrading their software or patching it for bugs and vulnerabilities. All of those are handled by Google on their end. This is especially valuable considering that upgrading MS Word actually requires you to buy a new version of the whole suite.

Another advantage Google Doc has is that it allows for collaboration. Everything is already on the Internet, and Google built its featuresets around the ability to share documents to coworkers and colleagues, and edit them together. In realtime. The service is also seamlessly integrated into Google’s various services, making it an even more collaboration-encouraging experience.

Google Docs has a disadvantage compared to MS Word. First is that the cloud is hardware dependent. If you have no Internet connection, or a slow one, you’ll have trouble accessing and editing your documents. There’s also the thing about web based applications requiring more horsepower than MS Word, which is coded natively in order to take full advantage of a PC’s resources.

Google’s disadvantage is only apparent on slow, underpowered PCs with subpar Internet connection, so it’s very minor. Right now, Google Docs is a better choice than MS Word based on its collaborative functions, and of course the price.

That’s not to say that Microsoft is down for the count. Microsoft recently launched a part of the Office 2010 suite dubbed the Microsoft Office Web Apps, all of which are designed to compete directly with Google’s cloud-based Google Docs. While the ones launched are still in beta, they already look like they could give Google Docs a run for its money.

Companies on the Rise with Cloud Computing