A long time ago in a galaxy far, far away… people used filing cabinets to store their documents and files, secretaries were hired to manage these files and search for them through massive amounts of clutter, and photocopies needed to be made in order to fax the files. Now we enter a new era where files are being managed, stored and sent in the cloud. Companies like Dropbox have achieved billion dollar valuations for their services.  But the truth is, the cloud storage industry is a profitless business.

Here’s the real deal – there’s a huge war going on in the cloud storage world. Google Drive announced they’re offering a terabyte of free storage for three years with the purchase of a Chromebook Pixel, BitCasa is offering unlimited free storage for $69/year and Amazon has recently reduced their prices by 25%.  On top of all this, the free starter plans are offering more and more storage space for consumers. Companies like Google Drive, Box and Cubby are offing 5GB of free space. SkyDrive is offering 7GB of free space and Dropbox with up to 15GB if you refer your friends. Then you see newer companies like BitCasa completely blowing everyone out and offering 10GB of free space – no catch. Then to add to the management of this free space, there are companies all over the place that are making it easy to aggregate all these clouds into one easy-to-access platform (yes, why don’t we just sign up for 10 free Dropbox accounts and hook them all up into one place?). The cherry on top is that its super easy to start a cloud storage company. Add a little bit of server space, reward users with free space for sharing and maybe throw some security on top and bam, you’re a cloud storage provider.

So overall, prices and dropping, more space is being given out for free and it’s really easy for other companies to get into this space. You don’t need a genius to figure it out – the cloud storage business is dying. (http://youtu.be/2EPpP_xWPXk)

This war is forcing players to evolve and change focus. Companies like Dropbox and Box know they can’t sustain long-term revenues due to the continued lowering margins in the storage business. But cloud storage can serve as a great backbone to other businesses, which is most recently seen by Dropbox’s $100M acquisition of Mailbox. Files are used for three reasons, to send, view or edit. Companies like Dropbox, Box and Google know that to survive in the cloud storage world, they need to dominate all 3 of these areas. Let’s dissect these areas further: the majority of people share files through email, view files upon receiving an email, and edit files before emailing them out or after receiving them in an email. As a result, email and file management have a direct relationship.

So now, we see a shift in the competitive landscape. Dropbox and Box are no longer in competition. The real fight is between Dropbox and Google. Box is beginning to shift its focus towards file collaboration and away from actual storage. Many companies who are using Box also have employees using Dropbox. So now when you think about cloud storage, the biggest players are really going to be the companies who dominate email.

It’s inevitable that the cloud storage industry will cease to exist in a future where Dropbox and Google succeed in managing all your content. They will be known as email providers, who happen to also be a place where you can keep your files. Box will be known as a company where you can safely collaborate on files, and SkyDrive will be a link between all of Microsofts products. But what will happen to the little guys like BitCasa and Cubby? Dead. If they don’t shift their focus and start adding value above storage, they will fall to the feet of larger companies like Dropbox.

As a result of the different uses for each of the companies, people’s files will be fragmented across 3-5 main cloud storage accounts, which all will offer different features and functionality. The next big problem is allowing for easy access to these files, since they will all be stored online and not on hard drives. Communication and accessibility across multiple clouds will be the next big wave.

Overall: Cloud Storage companies won’t exist in the future. Dropbox will be an email provider that competes with Gmail, Box will be a secure collaborator and SkyDrive will be an easy way to access and manage your Microsoft Office content. As individuals, our files will be separated across multiple clouds and accessing them seamlessly will be the next challenge. 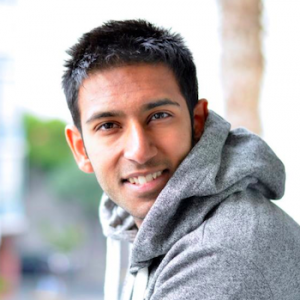 Navid is the CEO of Airpost, an early stage startup focusing on information security in the cloud. Prior to Airpost, Navid worked at Canada Pension Plan Investment Board (CPPIB), which overseas roughly $150 billion of assets, where his team acquired a $4.8 billon portfolio. Navid previously co-founded ClearSP, which developed a platform for law firms to increase their client conversion rate, and before that, he worked at Grameen Bank, the world’s first Microfinance bank founded by Nobel Peace Prize winner Mohammad Yunus. Navid holds an Honors Business Administration (HBA) from the Ivey School of Business.

How Cloud Computing is Affecting Everyone