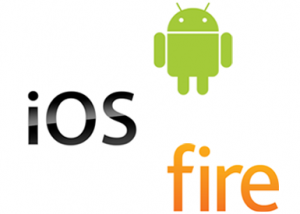 Being application developer is not always the most exciting job. Especially when you have to devote time to implement functions or personally identify data analysis. To make life earier for mobile developers, Amazon Web Services introduced several new features that allow software developers to create and deploy mobile applications and expand its scale more easily.

Amazon Cognito is a new service that represents a single system for user identification and synchronization of your data, giving developers the ability to create software applications that authenticate users by providers while synchronizing data between different devices of the application, such as user preferences and data from their games.

The other new service Amazon Mobile Analytics provides developers with resources to collect and analyze data on the use of applications, reaching billions of events recorded daily by millions of users, and allows usage reports sent by the application. AWS also has a new SDK (software development kit) for unified mobile applications, allowing application developers of iOS, Android OS and Fire to access easy and fast way to Amazon new services. The SDK also serves to connect applications to other AWS services like S3, DynamoDB and Kinesis.

However, application developers are still forced to spend valuable time in intensive tasks that differentiate them from their competition and how to connect their applications to storage services and databases and integrate essential functions such as authentication and user management, notifications and data analysis applications. Thanks to Amazon Cognito, Amazon Mobile Analytics and Mobile AWS SDK, developers can focus more of their energies on what really matters: creating features that differentiate their applications from competitors and enable them to attract and retain users. The company says Amazon Cognito and AWS Mobile Analytics can make it even simpler and more cost-effective to build and scale mobile apps on the AWS Cloud.

AWS is not yet as popular in mobile development an otherwise in the promising field of cloud. To gain market share, the hosted services giant has decided to launch its new offerings with competitive pricing. Amazon still has a lot to do to compete already established players like Microsoft (Azure Mobile Services), Google (Mobile backend in Google App Engine) or Facebook.

Trouble Ahead For Cloud Computing Stocks