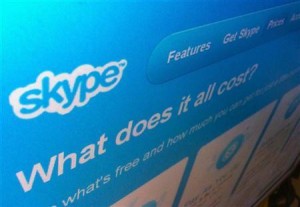 Most experts would think that Microsoft’s 8.5 billion dollar deal of VoIP provider Skype is a threat to Google Voice cloud calling system. Google Voice is known to have only a few million clients, whereas Microsoft would nearly own the VoIP market since Skype has over 700 million users all over the world. Around 150 to 170 million people make use of PC-to-PC calling. Yun Kim, a Gleacher and Co. expert stated that around 8.8 million of Skype’s users actually pay for this service.

So what’s the use of Skype for Microsoft? Is it to take a page out of Google’s playbook? Google is slowly establishing Google Voice all over its Web properties. Google Voice was integrated into Gmail last summer. You can search on Google.com and view links for click-to-call with Google Voice. The mechanism is already present in Google’s click-to-call ads, but most clients are using their personal mobile phones to establish those connections.

Microsoft shows an inclination to do the same cross-platform integration with Skype, pledging to weave Skype throughout products. An evident starting point is enhancing Microsoft Lync cohesive communications for industries with Skype, though some other facilities like Outlook, Bing, Live Meeting and many others could all profit from Skype’s communications properties. If Microsoft effectively sews Skype into Lync or Outlook, it can yield a more profitable suite compared to some Google applications. Microsoft might also assimilate Skype competences into Bing, possibly dragging more users to its search engine.

If Microsoft doesn’t manage to kill Skype with its classic internal politics—look how Hotmail, Danger and Aquantive suffered from lack of investment—they still have a challenge in maintaining and growing an old-fashioned P2P network in an era defined by cloud computing. Global Equities analyst Trip Chowdry noted that P2P lacks the collective intelligence capabilities that characterize cloud computing.

“From a pure technology point of view, I would say Skype is the past and Google Voice is the future. If I ask you what the next things you can see in Skype I can bet that neither you know, neither I know, and neither Microsoft knows because there is no step beyond what you see right now because of the P2P architectural limitation.”

On the contrary, Google Voice’s construction as a Web platform allows it to integrate nicely with the rest of Google’s products. This gives Google Voice an advantage of scalability even as it lacks Skype’s massive user base. Ironically, Google seriously gunned for Skype years ago. There were talks that Google and Facebook were talking with Skype again recently, yet most feel Google was simply trying to drive up the price for Microsoft or Facebook.

“It is likely that Google gamed Microsoft to a higher price, that would be consistent with the firm’s personality,” said analyst Rob Enderle, who consults with Microsoft. “Recall they did something similar with the spectrum auction a while back. The risk, however, is if Microsoft pulls off convergence, and Microsoft has been working on that for over a decade now so has a lot of stuff already in the hopper, they could define the next technology wave.”

Google doesn’t seem too concerned with that prospect.