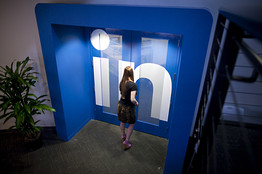 LinkedIn (LNKD: NYSE) and its investors are selling $352.8 million worth of stock in its IPO, marking the Facebook-for-work as the biggest U.S. Internet IPO since Google. According to data provider Capital IQ, the amount of money LinkedIn is raising makes it the fifth-biggest-ever U.S. IPO in the Internet software and services sector. Just for some context: Google’s 2004 IPO — which at the time seemed like a bit of bungle — ended up raising $1.67 billion. The offering valued Google at $23 billion, a dollar figure The Wall Street Journal pointed out was almost equal to the market value of General Motors.

Nearly seven years later, Google is a cash machine with a market value of $171 billion. And GM, fresh from its bankruptcy filing, is worth $47 billion.

Here is the top-10 list of U.S. Internet IPOs, according to Capital IQ: