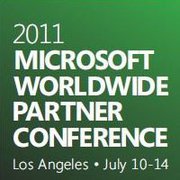 Amazon and Microsoft displayed the new capabilities to partners at the Worldwide Partner Conference in Los Angeles on Wednesday, and announced that Microsoft Windows Server applications and licenses on Amazon’s cloud is open to ISVs and systems integrators that join Amazon’s Solution Provider Program.

Amazon said some customers are already upgrading to the cloud in a bid to cut costs and boost scalability and agility. As part of a regular software upgrade and migration, users are upgrading from on-premise Microsoft SharePoint 2007 to SharePoint 2010 in the AWS cloud.