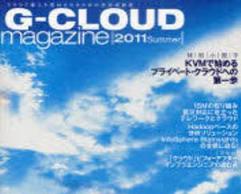 Mark O’Neill, director for innovation and delivery of Government Digital Services (GDS) recently announced that the new cloud public administration services will be released in spring 2012. He made the announcement in the last Cloud Expo event in London. The G-Cloud catalogue is expected to be released this February as the development and design of the £60m platform is on its final stage of drafting.

The earlier schedule of release last December 2011 was moved back to allow more cloud vendors and suppliers to participate in this project. On record, there were more than 500 submitted letters of intent where about 1,600 cloud-based services are to be offered.

“The billions, which we spend on IT are fundamentally changing because too much goes on systems that are unacceptable. Cloud can disaggregate systems and to do things differently and dramatically cheaper,” O’Neill said.

O’Neill through the GDS project had a direct experience with the cloud platform where they initially tested 125 cloud PC services in October 2011. For the last four months of cloud operations through the GDS, the system confirmed cost savings from the low operation cost, which was cheaper by 80% from the traditional PC setup.

O’Neill said, “At the moment that is for the cost of the desktop services that we use. So that is for email, collaboration and standard services where we are paying 80% less than equivalent users.”

O’Neill even strengthened this fact when he said the government will not invest on software that will only provide instant messaging, email, database, collaboration, file storage or even printers. He said, in fact, he has never used a printer for the last six months.

The issues on ownership, management and security are still present with the use of cloud computing, but to this O’Neill responded by asking the audience if they are aware where their medical records are stored. Obviously, the answer to this is no, which means even confidential records such as health information are run from servers that consumers are not aware of.

“We either grab the opportunity, or we give up,” was O’Neill’s final statement.