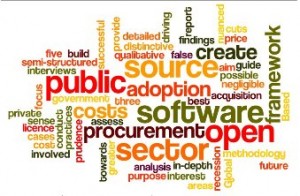 A recent study conducted by the London School of Economics (LSE) said that cloud computing may boost the worsening global economic crisis. It will continue to increase business productivity while it shifts types of job requirements and competency skills.

Respondents for the study were chosen from two key industries, smartphone services and aerospace. They inquired as to how cloud computing had affected the business in the US, UK, Italy and Germany. The study is still ongoing; the inquiry started from the year 2010 and will cover until 2014. Microsoft spearheaded the study.

Initial findings of the study revealed that cloud computing placed a significant growth curve in terms of job creation for the on-demand smartphone services and the off-peak aerospace industry. To date, cloud computing has increased employment need for construction, data center supplies and customer service and technical staff. Cloud computing has allowed businesses to focus more on income-generating business activities instead of the traditional focal point on managers and staff improvement. More changes are expected in the area of employee skills and competency.

“As firms shift from proprietary application servers towards virtualization and cloud computing, related skills will be in demand among employers. New direct hires and up skilling for public cloud enablement result in higher-than-average salaries,” the LSE study said.

US led all country participants in the study as it recorded more jobs in the cloud platform. It is projected that in the US alone the expected jobs to be created will reach 54,500 in 2014. This is far from the 4,040 projected jobs in the UK. The reason for the huge difference is due to the low electricity cost and highly restricted labor conditions in Europe.

“Cloud computing will form the basis for a rapid expansion and high-start-up rate among SMEs 2010-2014 in all four markets in services,” the study said.

The study also stated that there is minimal risk of unemployment in the cloud platform because re-training is a requirement for new IT staff. There is an expected increase in salary scale for those who will undergo the re-training for they will be paid more for their virtual data-handling skills.

Although cloud computing has a promising effect on businesses it is very important to consider the type of business one is going to venture to because there are only certain businesses that will thrive in this platform. One of which are businesses that are related to operation and regulation in the Web environment, plus web-centered smartphone cloud services.

The study showcased the figure of smarphone services over aerospace industries as their projected performance in the UK from 2010 to 2014. It showed a 349% growth of cloud-related jobs for smartphone and only 52% for aerospace. UK recorded these figures in cloud jobs compared with US, Italy and Germany at 168% vs. 57%, 268% vs. 36% and 280% vs. 33%.

“Our analysis shows jobs shifting from distributed data processing facilities to consolidated data centers, resulting in a drop in data processing jobs overall as efficiency gains occur especially through public cloud services. We see a reduction in IT administrators within large firms in smartphone businesses (and most likely in many other similar sectors) compared to their level of employment otherwise expected by taking into account overall IT spending,” authors, Daniel Castro, Jonathan Liebenau, Alexander Grous and Patrik Karrberg said.

Almost 25% of cloud-related jobs will be created from data center construction, operation and site maintenance, janitors and security guards. IT staff will move from traditional tasks toward focused administrative responsibilities and strategic business management.