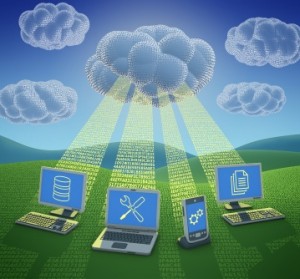 If you listen to the naysayers in the media, you will get the impression that there is no real creativity out there and that Silicon Valley has slumped into the muck and is a breeding ground for social media companies. They are right in some ways, naturally, but they are taking a rather narrow view. According to Steve Blank, an entrepreneur and engineering professor, Silicon Valley’s most creative efforts as of late is the emerging of Google and Elon Musk’s mind. However, look at the bigger picture, we will realise that innovation has been made possible for everyone with cloud computing.

High Scalability’s Todd Hodd went against Blank’s statements and sided with the today’s start-ups by citing the amazing growth enjoyed by Pinterest and the innovative Amazon infrastructure. He said that neither Instagram and Pinterest may be considered a technological breakthrough. Its success is more a product social evolution. The growth of Pinterest and Instagram is really huge and people want to naturally think that there is some kind of great technological innovation behind it. The truth is very different and a lot more subtle. It is simply a matter of coming up with and following through with the right idea – the technology is already in place and this makes growth so much easier. It is time to get our heads around this concept.

Hoff didn’t mention cloud computing by name but it is clear that he was inferring that it has been changing the way things are done. There are many Pinterests and Instagrams out there but there are also a lot of companies like DNAnexus and Bina Technologies that are revolutionizing genomic research by using the cloud as a platform (combining with the arrival of bigger data capabilities). SkinScan, for example, is an iPhone app that aims to warn users about possibly malignant moles. This trend is only beginning as cloud computing and its underlying technology begins to become better and innovators begin to properly understand exactly what can be accomplished.

There are start-ups that are using the cloud as Software as a Service (SaaS), disrupting business models of companies that once dominated Silicon Valley.

Even if it appears to be social media companies that dominate the landscape of contemporary start-ups, they still form part of the basic shift in the way we now communicate with one another because of cloud computing and the ever more powerful mobile devices. Some would even argue that Facebook could be classified as the huge idea and a marvel in its own right and that the start-ups surrounding it are part of an ever-changing ecosystem. It may not be viewed as being as important as looking for a cure for cancer but the changes are just as lasting.

For those who want to make money, a small amount placed on a business that can go from nothing to millions in a matter of months is not, at all, impossible but whether it is wiser to invest on a new technology rather than create spinoffs of functionalities that are already available in existing social networking sites is still a big question.

There are still start-ups like SeaMicro and Tilera who are trying to come up with a new and improved microchip. There are also a whole lot of the “phat startups” (=companies willing to take big risk) – particularly in cleantech – who are making the effort to continue the innovation that earmarked the original start-ups.

Conferences, seminars, and even forums are dominated by discussions about infrastructure and platforms. There are millions of apps launched every day, some are pretty vanilla and a few are clear attempts to create something new.

Latest News on Windows 8 and other Microsoft Apps

VMWare May Have to Re-evaluate its Cloud Management Pricing