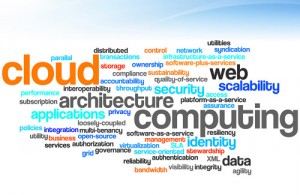 Amazon Web Services and Microsoft, together with Rackspace Hosting, are staging a price war for their services. Amazon started implementing its cloud support plans changes in response to the price slash Microsoft and Rackspace are instituting for their services. Being a leader in Infrastructure-as-a-Service offerings, Amazon holds around 80% of the whole market while Rackspace ranks second.

Amazon is known to serially price cut its hardware prices by offering enormous price cuts when customers lease its computer servers. According to analysts, customers only pay pennies per hour per server. Rackspace, on the other hand, offered server management services in private data centers.

Currently, Amazon offers 24/7 customer service for free. Amazon, as per estimates, can reach $2 billion in revenues this 2012. With the revision of support pricing, Amazon has also lowered its premium support costs as well as expanded its basic free support. Alerts and chat features were also added to better serve its growing customer base.

Amazon Web Services was launched in 2006 and is now the recognized leader because it is used by so many users and organizations which outsource their infrastructure through Amazon’s Infrastructure-as-a-Service offerings. It offers load balancing, storage, databases, computing nodes, as well as other services on a pay-as-you-go plan.

The IaaS offerings of Amazon are widely used to test new software services by developers. They are also used by small organizations which can’t afford to pay in-house IT personnel. Even internet companies which offer internet services also use Amazon Web Services.

Amazon has also reconfigured its paid plans and offered price cuts to some as well. Renaming the Bronze tier to Developers tier, it offers a guaranteed 12-hour response time, email access, and direct customer support contact at $49 a month. From Gold tier to Business tier, it offers access to technical engineers by chat or phone and a 1-hour response time. The Business tier costs $100 a month. Usage-based pricing is also made available. Known previously as Platinum tier, the Enterprise tier charges a low 3% based on usage volume, 15-minute response time, and dedicated technical account manager.

How Europe is Embracing Cloud Computing