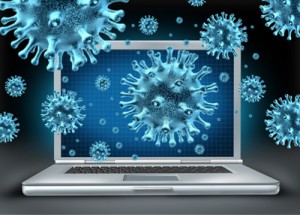 Cloud computing technology is one of the most transformative technologies in recent history, as it allows computers to perform tasks that are normally beyond their computing and storage capabilities. We have also seen that the amount of web applications available has increased rapidly as the consumer market starts to accept cloud computing. Everything from document editing, to image manipulation, and even gaming have been adopted to the cloud. In fact, even security software such as anti-viruses have been migrated to the cloud.

The demand for cloud-based anti virus software has gone up steadily these past few years, as more and more computing devices that are cloud dependent have come out of the woodwork, with tablets, ultraportables, and even smartphones starting to become as susceptible to malicious code as their big desktop brethren.

It may seem counter-intuitive at first. Unlike cloud-based document editors and image editing software, in which you only need a web browser and internet access, a cloud based anti virus software can’t function if it’s only in the cloud, since your PC won’t easily provide the right kind of administrative access needed by antivirus software to programs hosted remotely, as that would leave your PC at risk of being intruded upon by other programs.

Like any technology, cloud-based antivirus software has specific pros and cons when compared to native anti virus suites, such as:

1. No Installation Required – the first noticeable advantage of cloud based anti virus is that there’s no need to install them on your PC. This has several advantage, chief among which is that it won’t eat up precious hard disk space on your PC, with its storage and memory footprint being a fraction of what local antivirus need, which have become bloated these days. Additionally, you can get them up and running immediately, and there’s no likelihood of messing up the installation (which usually results in a non-working antivirus or corrupted file volume).

2. No Updating Necessary – one of the weaknesses of anti virus software is that you have to keep it constantly up to date, since an outdated antivirus could leave you open to newer attacks. With cloud based anti-virus, there is no need to update your data files, since it’s hosted on the cloud, and will automatically be patched or updated by the provider. You’ll be receiving the latest in protection when it becomes available.

Of course, as mentioned above, cloud based anti virus software also has drawbacks.

1. Won’t Run in the Background –  Cloud based anti viruses are only run on an as needed basis and are not TSR (terminate and stay resident) programs, therefore, it might not be effective against viruses that run on startup.

2. Limited Scan – due to Windows’ security protocols, some cloud anti viruses can’t scan the whole computer, and will only be able scan core windows files and what’s currently loaded in the memory. This means there is a risk of missing viruses that are laying dormant in unopened or archived files.

3. It Requires an Internet Connection – Cloud based software is inherently dependent on an Internet connection, so a cloud-based anti virus will be useless if you have no access to the Internet, and viruses will be free to do whatever they want if you are offline. For people who can stay connected 24/7, this is not a problem. But there are people who can’t, especially those who are using a portable device and must go to a place without wireless access.

While cloud anti viruses has advantages that put them above locally installed anti viruses, they still have drawbacks that prevent them from being decent stand alone security measures. Therefore, if you need the best protection your PC can get, you need to employ the services of both a locally installed anti virus software and a cloud based one, therefore giving you the best of both worlds and letting both compensate for each other’s weaknesses.