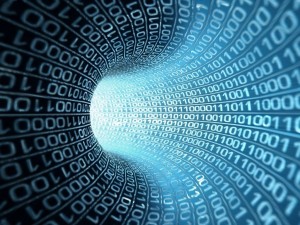 Taxpayers expect the government to spend their money well. Thus, they require transparency. According to California Forward, a government advocacy organization, the people want their leaders to be accountable. Therefore, the government must be efficient and open through the promotion of public participation which often results to innovation. In democratic countries around the world, governments are including open data in their programs in order to free government data and contribute to the advancement of entrepreneurship in order to create jobs.

According to the latest report of the Center for Technology in Government, these governments must be able to encourage innovation and accountability before finally initiating open data. In “The Dynamics of Opening Government Data”, the center placed great importance in emancipated information by citing the Edmonton road construction and New York City restaurant inspections as examples.

In Edmonton, Alberta, big and open data was used to restructure interactions to reduce fatalities and accidents. Through collaboration and co-creation, Edmonton and its people used citizen dashboards, gamification, and mobile applications for better communication. By closely working together, the Edmonton government was able to save its taxpayers’ money and provide for better sharing of information among its departments.

In New York City, the restaurant owners made the necessary changes when the city released to the public its inspection data on its restaurants in 2007. The IT infrastructure of the city crashed due to the large volume of queries from its citizenry. According to California Forward, the government must continuously be committed to be transparent because it is a crucial factor in earning public’s trust. Any open data initiative when properly executed can inspire the people to act vocationally, technologically, and civically.

According to Center for Technology in Government Senior Program Associate Natalie Helbig, the public officials must make a move to utilize information-driven activities and new technologies if they want to be transparent and create an important impact on public utility and good governance. The must understand the underlying processes in order to make the transparency initiatives work.