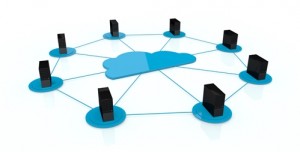 Software-defined networking (SDN) changes the way companies build their IT networks. Instead of buying expensive routers and switches with a lot of fancy features from the likes of Cisco, companies can buy simpler, cheaper hardware, and less of it, and those fancy features are handled by a new layer of software.

SDN technology is still in its infancy. But it’s already created some billion-dollar success stories, capturing the imagination of Silicon Valley’s savviest investors and inventors. More than two years after the establishment of the Open Networking Foundation (ONF), with big names like Google and Facebook and the OpenFlow protocol as a result, SDN is about to see daylight. Most of the new switches from networking vendors like IBM, HP, Arista, Dell, Brocade, Huawei, Juniper, NEC, Extreme and Pronto are OpenFlow compatible.

Open Daylight is hosted by The Linux Foundation, the nonprofit organization of open source development and technology. The project has broad support from the major players in the network market such as Cisco, Brocade, Ericsson, IBM, Juniper Networks, Microsoft, Citrix, NEC, Big Switch Networks, Red Hat and VMware. Each of these names is donating a piece of software and engineering resources as an open source framework. For example, Cisco delivers controller technology, IBM open source version of its Distributed Overlay Virtual Ethernet technology, while Juniper includes an xmpp client and server protocol code empowering.

Already a few new vendors including Cisco, Juniper Network, Avaya, Dell, HP, IBM and VMware have surfaced as major players. Consider the $1.26 billion acquisition of Nicira by VMware last summer or the $176 million acquisition of Contrail Systems by Juniper Networks that have grabbed more of the attention in this emerging field. This has led to a whole crop of startups ready to take on market leader Cisco with an estimated $4 billion SDN market share. Startup Glue Networks is targeting Cisco’s installed base of WAN routers as a sweet spot for its SDN WAN offerings.

Cisco through the acquisition of vCider takes SDN to next level that sees players placing cloud programmable networks at the heart of multi-tenant and large scale cloud environments. Buying vCider, Cisco intends to accelerate both virtualization and cloud strategies of the network.

The acquisition of Vyatta complement R&D investments in Brocade SDN and allow it to open up markets for virtualization of data centers, public and private cloud and managed services. Vyatta develops networks demand for OS routing, security and VPN for virtual and physical networks and cloud environments.

To strengthen its grip on cloud computing, Oracle recently announced that it has signed an agreement to buy Xsigo, editor of a monitoring solution for heterogeneous networks. Xsigo solutions are based on the concept of SDN. Xsigo’s technology can create virtual pools of network capacity allowing resources to be delivered dynamically based computing needs.

For most other enterprises, the initial focus of SDN will be in their datacenter to assess the impact on network reliability. It will take a few years for SDN applications and best practices to become significant IT resources.

Has your small business taken to Cloud Computing?

Top 5 Drivers For IT Decision Makers in 2012