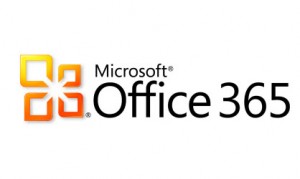 In a move to beat the competition and join the Cloud movement, Microsoft is moving its flagship applications, like Word and Excel, in the cloud for the first time. We had expected this move for a long time.

The new product, known as Office 365, is Microsoft boldest attempt so far to join the trend that rival Google has already taken in this market where analysts estimate may be worth $73bn by 2015. Microsoft has been watching its Office suite suffer attacks from Google Apps for years due to low cost and ease of access from anywhere.

Office 365 will be available for as little as $2 a month for basic services and up to $36 for a full set of applications. The monthly subscription also marks a major change from the previous software licensing model that has built the company’s fortune over the last 36 years.

Michael Silver, an analyst at Gartner says “It puts Microsoft in a better position than they were – they now have a broad product that they can sell more easily”.

Microsoft is projecting that Office 365 could save companies with 1,000 employees an average of $350,000 a year over a four-year period due to the lack of servers needed to run applications.

The Evolution of Web Hosting