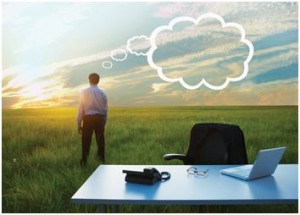 The increasing number of small and midscale businesses in the Asia Pacific region presents a huge potential for business. They may appear granular but the number of SMBs is growing steady in number. Their business requirements may be challenging but it will definitely be a very profitable market.

Birger Steen, CEO for virtualization of Parallels, a cloud computing software vendor said that although SMBs may appear coarse it could be a source of a steady income for cloud service providers. SMBs are unlike the general cloud providers that requires similar cloud-based platforms, SMBs needs are “granular” in nature.

Japan’s current unique situation placed many SMBs to adapt the cloud platform because of the major calamity it suffered during the earthquake and tsunami disaster. This is considering that Japan is previously one of the countries that was very reluctant to have their data center to be hosted in the cloud platform. However, the current electricity and power shortages that Japan is faced with left them no choice but to venture on a third-party cloud-hosted data center provider. This gave many employees the opportunity to work home-based, saving as much energy requirement as working in an office setup.

China on the other hand, has tight government regulatory monitoring and control over businesses. Steen said that only a small percentage of about 5% of websites in China are hosted abroad. This figure is way too low from other countries that are now on the average of 65% on the cloud market. He said that this leaves a high percentage of the market share that is left untapped for the cloud and infrastructure-as-a-service (IaaS) vendors.

A study was made by Parallels that indicated 28% of China SMBs have plans of purchasing IaaS services in the next three years. Another 24% of the respondents from the study indicated their plans to assume web services such as web hosting, user and domain registration, content creation, SSL (secure sockets layer), online commerce add-ons and blogging services.

The same research study projected a US$640 million cloud service market share from Chinese SMBs by the end of this year. The study was conducted in the first quarter of this year with 400 cross section and varied genres of industry SMBs that participated.

China’s top market audiences include those SMBs with no IT people, companies who only contract IT consultants and those with a team of IT staff who manage their platform.

Across China the big bulk of the market share are those with “do-it-yourselves” IT staff. Another common scenario would be the owner or company executive handling the IT decisions, so cloud vendors that plan to target these SMBs should focus on the company benefits rather than the technical issues behind the product.

12 percent, however, of the SMBs only contract IT consultants from outside of the company. The Parallels study stated “They want to know about the technical specifications of the cloud service, its configuration and management, best practices and other technical advice.”

The third group of companies with dedicated IT should consider the IT Department as the key focus for the negotiations. It will require a more technical documentation of the specifications of the product, advanced technical features and applications as the main key selling points.

Executive Director, David Loke of ReadySpace said that the lack of Information Technology expertise is the primary challenge for the Asian region. Although ReadySpace is based in Singapore another Asian country, their products have a strong following in Australia and the Philippines.

Loke said “Asians don’t tend to read help files so automation [in as much of the setup as possible] appeals to customers as long as their applications work, that is fine, and some are willing to pay more to eliminate complexities.”

George Karidis, chief strategy officer of Softlayer believes that cloud providers need to supply scalability and complex technical support for SMBs to help them build their business; it should focus more on e-commerce and other revenue generating strategies.