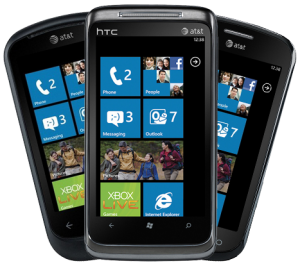 The CEOs of Nokia, HTC and Foursquare debated what the future holds for Windows Phone at the MWC Congress today, with all expressing support for the platform – to differing degrees.

“What we’re seeing is a very, very steady growth and adoption,” said Stephen Elop, Nokia’s CEO, who shocked the mobile industry a year ago by announcing a tie-up with Microsoft to migrate Nokia’s smartphone portfolio to Windows Phone. Nokia launched its latest Windows Phone device, the Lumia 610, at Congress this week.

Elop said consumers have been responding well to the Windows Phone platform allied to the Nokia hardware. “They will look at it and say ‘wow, this is a different point of view’. So our focus is getting those devices in people’s hands,” he said.

The Nokia chief added that operators are also keen on the Nokia-Windows Phone approach. “With the operators, we’re saying here’s the next generation of products and the generation after that and the ideas for the future. As people see the whole context of what’s happening, they get very enthusiastic.”

Peter Chou, CEO of HTC, which produces phones running Windows Phone as well as Android, said he believes Windows Phone has what it takes to catch up with Android and iOS, as it provides a “very good experience.”

“Of course over the last couple of years we get a little slower demand but with the new Windows we are seeing a lot of positive signs. It will not be like [Microsoft in] the PC market share, but I believe it will be a strong third operating system,” he continued.

Foursquare CEO Dennis Crowley said there has been good feedback about Windows Phone from users, adding that another strong ecosystem would be welcomed.

Gartner Sees Cloud Security Market is Worth $3.1 Billion by 2015