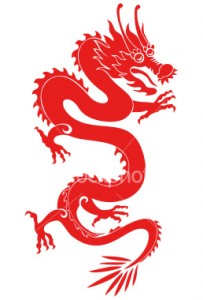 Asia Pacific region including the world’s two upcoming superpower China and India are slow in adopting some form of cloud computing services despite increase in resource allocation by IT vendors to scale-up their offerings.

According to the results of IDC’s latest cloud survey, Cloud Adoption in the Asia Pacific – Retail Industry, only 19 percent of APAC retailers have started looking to adopt some practice of cloud computing services.

However, the cloud deployment is slowly gaining momentum; 32 percent of respondents say that they are evaluating cloud implementation in the next two to five years.

“Retailers in Asia/Pacific are taking a cautious approach to cloud. The majority of them recognizes that the cloud would bring efficiency to their IT systems and improve operational backend issues. However, the plan to move into virtual platforms does not appear to be immediate and would take between two to five years,” said Kumar Gs Das, Research Manager for IDC Retail Insights Asia/Pacific.

The survey conducted between December 2011 and January 2012 in China, India, Singapore, Malaysia, Australia and New Zealand among 56 retail companies found that retailers in this region are sluggish in adopting new technology.

Integration into internal legacy IT systems, firewall concerns and data security are three main barriers to cloud adoption among Asia/Pacific retailers. However, greater investment in infrastructure and positive economic outlook in Asia will improve cloud connectivity among retailers in this region.

“Retail growth in Asia/Pacific has slowed with the Chinese economy experiencing a slow-down in its services and manufacturing sectors, and the Indian economy weakening as a result of rising inflation and falling rupee. However, as compared to the developed markets in the U.S. and Europe, the economic outlook in Asia is still much better. As such, investors will continue to shift their focus to Asia and businesses will be looking to improve operational efficiency and IT productivity in order to keep up with growing consumer demand.” said Das.

Recent survey from Microsoft, Symantec and Newtek Business Services reveal that cloud technologies are helping small businesses in increasing the security of their operations as well as helping them for disaster planning. Another study conducted by Forrester Consulting highlighted the benefits of cloud technologies in cost reduction and simplification of IT process among SMBs.