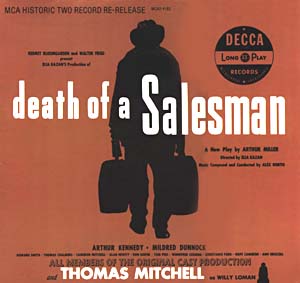 In the 1948 play Death of a Salesman, the character Willy Loman, who is a salesman, experiences a downward spiral caused by his inability to adapt to the industry after it has been changed by the war. Nowadays, we are seeing something similar in the real world, as a large number of traditional IT guys are finding that the advent of cloud computing has affected traditional IT landscape.

One of the major changes in the IT landscape is that what was once the job of an IT guy is now outsourced to a different company. According to Gartner research director John Rivard, traditional IT guys now find their positions in danger of being bypassed by the business unless they can adapt and grasp corporate demands. Gartner’s 2011 CIO Agenda Survey backs Rivard’s statement, as it shows that majority of companies and government agencies will start to rely on cloud services for majority of their IT needs by 2020, which meant that the changes in IT is already underway and people who fail to adapt to it risk being left behind.

It’s the same lesson provided by Death of a Salesman – whether it’s 1948 or 2012, you must learn to adapt or perish. A lot of people learned that by now, as they found that the business degree they received twenty years ago is no longer that useful. The really successful individuals have already learned how to meet the demands and challenges presented over the course of their careers. Cloud Computing is no different, and represents the most recent phase in the IT industry’s evolutionary chain.

It’s not all gloom and doom, though. Storage giant EMC COO Howard Elias opines that there will be no shortage of jobs for people in IT, but the catch is that they will have to find ways to be involved in the industry in different ways.

The good news is that while cloud computing does reduce the need for traditional IT positions, it opens up even more opportunities for different IT-related positions. Any traditional IT guy can still foresee the changes, learn a couple of new skills, and find all new reasons to be important to the industry.