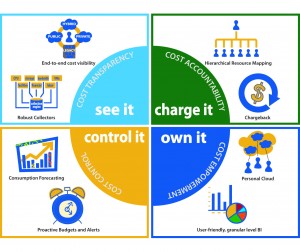 The recent outage with Amazon Web Services, which resulted in several high profile sites like Pinterest, Netflix, and Instagram going down as well, is a reality check for the industry. It’s true that the cloud computing industry is building up a lot of momentum these past few years and shows no signs of slowing down. However, there are a number of really important concerns that the industry must address, most of them brought to light by AWS recent (and you have to admit-embarassing) downtime:

AWS’ case is an odd one, since they don’t seem to have any redundancy in place (or if they did, it wasn’t implemented correctly), but it’s still a concern that the industry must address. How many redundant data centers need to be in place to ensure that an extremely bad weather in D.C. doesn’t take the most popular web services down?

2. How Much Raw Data is Too Much

In AWS’ case, one of the factors that caused such a long delay for services to come back up is that they had to sort through all the raw data they had first, to ensure that only the most recent and uncorrupted instances will be brought back. So, in order to avoid this case in the future, how does a provider decide on just how much raw data is to be made redundant?

In line with #2, once a provider decides to be more efficient and lets go of unnecessary raw data, how do they decide which specific data to let go and which one to preserve? And who should be making those decisions.

The industry has just been dealt a serious blow to their credibility, courtesy of AWS (which, being the current leader in cloud computing, is considered as the yardstick in which other providers are measured against). Can the industry prove that the cloud is secure and robust enough for mission critical business data and services?

It’s common knowledge that there is always a performance benefit to be had from datacenters that are situated in geographical locations that’s near the place where the data will be used. This may conflict with the need to spread out datacenters in faraway locations in order to avoid outages due to extreme weather.