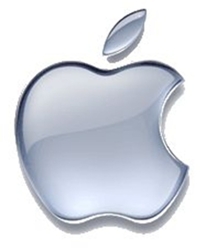 According to a Hickory Daily Record reporter, the current plans for the maiden site show the new smaller data center, along with an upcoming datacenter that is significantly larger and would run nearly parallel to the existing one, t-boning the under construction one. The new server farm plans may be the reason why Apple’s power numbers have been conflicting with what Greenpeace was expecting.

The choice of splitting some of the servers into a smaller facility is a common practice by other internet companies. Called a tactical data center, it allows the company to be more flexible and split various IT services or treat them differently, as well as run their servers on different power sources. The smaller tactical data centers are usually cheaper and ca be constructed faster. According to stats, the 21,030 server farm might consume only 2.5MW of electricity.

Apple, and other IT giants such as Google and Facebook, choose North Carolina for their data centers because the state has some of the cheapest and most reliable power solutions, usually coming from coal and nuclear sources. In their effort to move over to 100 percent clean energy, Apple is currently building a huge solar and fuel cell farm at NC and plans to integrate it into their system when built. While it is not yet feasible to run completely on clean energy, Apple aims to subsist on them as much as the system will allow.

Key Features of the Global IT Virtualization