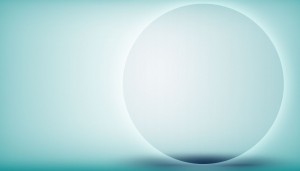 Cloud computing and cloud services are growing exponentially in different countries and no longer consider as a trend but a necessity. Research firm Gartner recently published a report that said more than one third of all digital data will be stored in the cloud by 2016.

The U.S. is the fourth most friendly in the world for global interoperability of cloud, according to a new study by the Business Software Alliance (BSA). However, the organization argued that a ‘mess’ with laws and regulations worldwide are holding back the adoption of cloud at international level.

The report suggested that globally, 45 percent users are using “online services that let you create, manage, and store documents, spreadsheets, photos or other digital content so that you can access them from any computer by logging on through the Internet.”

This figure jumps to average 50 percent when it comes to cloud adoption in emerging markets such as Thailand, Malaysia, Argentina, and Peru, while for developed nations such as United States, the United Kingdom, Germany, and France, the percentage drops to 33 percent.

“We’re seeing a leapfrog effect. A lot of recent adopters of computers and information technology are jumping straight to the cloud,” said BSA President and CEO Robert Holleyman. “If you live in a developing economy and use a computer, then, likely as not, you also use cloud computing services at least some of the time for email, word processing, document or photo storage, or other things — although you might not understand those services to be ‘cloud computing.’”

Completing the five nations, along with Japan, which support a more international cloud market are Australia, Germany, USA and France. Almost near the end of the list are some of the emerging economies, which are China, India and Brazil, of which the BSA claims are countries that “have more work to do to integrate into the global cloud market”.

Moreover, 88 percent global users are using cloud services for personal use and 33 percent are using for business use. Again in both these cases, the numbers are higher in emerging economies. These emerging nations are also the ripe market for cloud services including paid services.

“Emerging economies are smaller markets than mature economies, at least for now,” said Holleyman. “But they appear to be just as ready to adopt paid cloud computing services. That’s a promising sign for the global cloud computing market.”

The BSA listed the 24 countries based on data privacy, intellectual property rights, interoperability technology and IT infrastructure, among other factors measured.

“This is eye-opening data,” said Holleyman. “It doesn’t necessarily mean 42 percent of business users are pirating cloud services. Some licenses may allow sharing of accounts — and many cloud service providers charge not by ‘seat’ but by the volume of computing resources consumed, making the path users take to access those resources less important.”

“But it’s worth noting that 56 percent of the people who use paid cloud services for business believe it’s wrong for co-workers to share log-in credentials,” Holleyman said. “Depending on the terms of their service agreements, they could be right: Sharing credentials could constitute license abuse.”

“The fact that so many people share their credentials for cloud services despite believing it’s wrong to do highlights the chronic nature of software piracy,” said Holleyman. “Governments need to provide clear protection and allow for vigorous enforcement against misappropriation and infringement of IP in the cloud.”

BSA suggests standards to expand the global adoption of the cloud and allow for easier data transfer across international borders. To that end, the BSA proposed a seven-point blueprint on how to achieve it. The goals include protecting the privacy of users but also allow the free flow of information, promoting cyber security, act on cybercrime, provide protection against the violation of cloud technologies, to promote interoperability between cloud providers; promote free trade and create incentives for private companies to invest in broadband infrastructure.