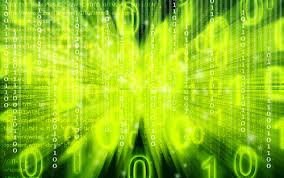 With the goal to bring the United States to catch up with China in the field of supercomputers, the US Department of Energy (DOE) announced the creation of two ‘super brains’ that will push the world closer to exascale computing.

The two supercomputers will be installed by 2017 and will use IBM POWER next generation accelerators with Nvidia Tesla and NVIDIA NVLink high speed technology, and will touch at a speed of at least 100 petaflops. In particular, Summit in Oak Ridge National Laboratory will be capable of delivering 150-300 petaflop that will be used for open science and for the servers themselves, while Sierra will produce at least 100 petaflop for projects of the Lawrence Livermore National Laboratory.

AMD will focus on APU HSA and memory interfaces of new generation, while the NVIDIA team will collaborate with the development of parallel algorithms and optimization, as well as on the efficiency energy. AMD says that the objective of this research opens the door to possible commercial applications.

The two supercomputers are considerably more powerful than Titan, the current sample used in laboratories with 27 petaflops. Currently the fastest computer in the world (55 petaflops) is located in China and is called Tianhe-2.

Big data at the center of development

According to IBM, the processing of data is the forefront in the development of both systems. The systems will minimize the amount of data to be moved, and hence the energy requirements. Sierra and Summit will be able to move more than 17 petabytes of data per second, which corresponds to the processing of 100 billion photos on Facebook in one second.

Both supercomputers will be able to perform better performance and more powerful at least 5/6 times compared to the systems used today. DOE expects that investment in projects such as Sierra and Summit serve to bring progress in the transformation of basic science, national defense, environmental research and energy that are based on simulations of complex physical systems and analysis of large amounts of data.

Last month, IBM presented a number of new computing models based on its own Power8 Workstation processor to achieve unprecedented computing performance. These systems are designed to help banking organizations to better analyze the risk, the energy companies to locate more precisely the oil reserves and scientists to more quickly identify cures for diseases.

The announcement marks a shift from traditional supercomputing approaches that are no longer viable as data grows at enormous rates. IBM’s Data Centric approach is a new paradigm in computing, marking the future of open computing platforms and capable of addressing the growing rates of data. The goal is to leverage the power of Sierra and Summit and to achieve greater energy independence, to new approaches in the study of climate change, to improvements in energy fuels, the forecast of natural disasters and much more.

IBM says this Data Centric architecture pioneered by IBM will be transformational for science and national security applications as well as for industries such as healthcare, manufacturing, engineering, oil and gas. The Sierra and Summit systems will be used for the most mission-critical applications and represent the next major phase in the U.S. Department of Energy’s scientific computing roadmap to exascale computing.

McAfee Labs: Expect a Sharp Increase in Mobile and Ransomware Attacks in 2014