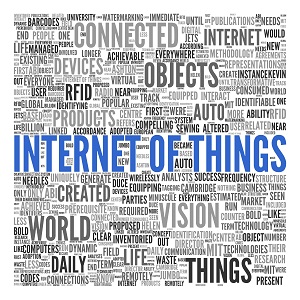 As part of the Open Consortium Interconnect, led in particular by Samsung, Intel and Cisco, published a first version of the Internet of Things (IoT) source code standard IoTivity. It will allow connected devices from different manufacturers to communicate and compete with AllJoyn standard, led by Qualcomm, Microsoft and LG.

While it has been several months since the standards war raging between consortiums of companies, it might be close to ending now. In that bipolar world of standardization, where one side is associated with fifty groups, including Samsung, Intel and Cisco in the Open Consortium Interconnect project (ICO); the other AllSeen Alliance standard is initiated by Microsoft, LG or Qualcomm, causing the AllJoyn protocol.

Established in July 2014, OIC’s ambition to connect the next 25 billion devices that will fuel the Internet of things over the next few years through the implementation of standard specifications, certifications and logos for enterprises, many industries (automotive, health, energy and others) and smart home with connected devices.

IoTivity project is hosted by the Linux Foundation, which ensures its access to anyone, especially through RESTful API-based architecture. The open source project combined with the ICO standardization efforts is essential to provide true interoperability with billions of objects that will connect online over the next few years.

The IoTivity resource model that applications interact with is explicitly decoupled from any underlying transport (like IP over 802.11) by an abstraction layer. This architecture allows the addition of modules for additional transports without requiring changes to the applications. IoTivity also supports plug-ins that provide compatibility with devices that don’t run OIC code. For example, we can interact with a Zigbee-based device today prior to having native support for Zigbee in the IoTivity code.

IoTivity framework is already supported by a variety of technologies for connectivity including UDP/IP, CoAP and MQTT plug-ins, as well as Android, Tizen, Arduino, the native Linux Yocto Project and the platform-independent build tool SCon. It is developed in C/C ++, however, some functions also support Java. The framework is developed as a reference implementation of the standards according to the interaction of the components of the Internet of things and provides output tasks such as device discovery, regulation devices, and the organization of data, identification, access control and data management.

The first open source software that will produce by the consortium will target more specifically the market for home and smart office, but others use cases should follow, especially for the automotive, health and the industrial sector. Available under the Apache 2.0 license, the code from the open source project includes IoTivity RESTful API type and will be available in several programming languages ​​on a variety of operating systems and hardware platforms.

In fact, two standards are being set up around the Internet of Things, with a certain advance for AllSeen Alliance which has a hundred members against fifty for the ICO. If the two organizations have the same goal (to enable cross-platform middleware to create the link between different software applications through wireless communication protocols), the economic development model differs. The ICO invites its members to apply the principle of “reasonable and non-discriminatory licensing” (FRAND) in cheap selling their technology patents made ​​to the standards. The AllSeen Alliance was less open to the idea to sell its intellectual property.

Standardization of Cloud will be the Norm – CloudNOW 2013 Predictions