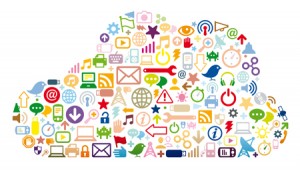 Cisco says that by 2020 there will be over 50 billion devices connected to the Internet, The connected devices will be not just computers, tablets or smartphones, but sunglasses, watches, cars or vending machines that will be able to guess your tastes. The Internet of Things (IoT) will generate revenues of $19 trillion dollars and will have five to ten times more impact on society than had Internet.

The technology vendors are already working to develop chips and adapted to the new application of wearable computers and Cisco itself has developed division dedicated to IoT. But Cisco intends to do more to encourage the community’s attention to IoT IT issues.

With the IoT is making a significant part of the Internet of Everything, the connected devices with people, processes and data brings together, it is imperative to ensure the safety of the things with which we connect. In the health sector it is easy to imagine how internet-connected devices are revolutionizing the care of patients. The transport sector are connecting technology to vehicles and their subsystems to the internet. Unfortunately, it is too easy to imagine how these developments are changing the world could go horribly wrong when they are attacked or corrupted.

They are mainly different kinds of sensors and systems to monitor the work of virtually any electrical device installed in the household. Experts warn that cybercriminals will target these systems because it is entirely new environment for developers and not much work has been done on security.

The network plays a critical role as the connectivity platform for control and operational systems, sensors, machines, and devices. It must provide a secure infrastructure that can support billions of context-aware devices, people, processes, and data.

To strengthen the work on the safety of the Internet of Things, Cisco has decided to hold a competition with $300,000 prize tag for having the best security solutions for the IoT. Cisco reports that the Internet of Things Forum (body assessing the proposals of solutions) will select six of the best works, and the final competition will be held this autumn. The creators of these solutions will receive cash prizes ranging from 50 to 70 thousand dollars. Cisco expects that this solution will be designed primarily for application areas such as public transport, health care, energy, and mining.

Many technology companies to invest in the internet of things, the designation for the development of everyday devices that communicate over the Internet. Recently tech companies started a new initiative called AllSeen Alliance, a consortium created by Linux Foundation to encourage the adoption of common standards to be used in the development of devices and services for IoT. IBM is investing heavily on smarter cities initiatives as part of its Intelligent Operations Center, Maximo Asset Management, and advanced analytics capabilities.

Last week, IBM and AT&T reached into an agreement to combine their analytics platforms, cloud and security technologies in order to gain more insights on data collected from machines in various industries. The new AT&T and IBM alliance will initially focus on the creation of new solutions for municipalities and medium-sized utilities. These organizations want to integrate and analyze data that arise from the records of facilities such as transport vehicles, utility meters and security cameras and other connected devices.

Microsoft Innovation Centre in Malta by 2012