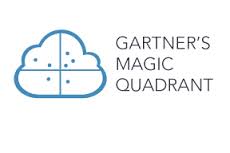 Gartner’s interest is in computing power, storage and network available to customers. Amazon Web Services is distinguished by a capacity 10 times greater than that of its 14 largest competitors combined. AWS and Azure are the only two suppliers in the quadrant leaders of the report, which clearly states AWS has the leading role.

Other providers (Google, CenturyLink, Rackspace, VMware, Virtustream and to a lesser extent, IBM SoftLayer) received good grades, but none of them have the clouds to rival those of the big two. However, between AWS, Azure and all other providers, there are significant differences, Gartner says it is important to choose the best way to align with your needs.

AWS was the first to market with an IaaS offer, based on Xen virtualized servers and has not stopped since. AWS has a diversified customer base and the broadest range of use cases, including in business and mission critical applications. With its overwhelming dominance, it attracted a wide ecosystem of partners and software vendors. It remains the industry leader, extremely innovative, exceptionally agile and very responsive to the market. Although it begins to face more competition from players like Microsoft and Google, it retains a lead of several years after the others, says Gartner.

However, AWS can become complex. Pricing structures can be confusing and not transparent; individually charged for some services that other providers don’t charge. This means that many users employ AWS external management providers to help in the management of costs and deployments.

The significant market share of Microsoft in the enterprise IT market, combined with its continued investment in Azure, making it the main competitor of AWS. The company has a mandatory packaged offer – the public cloud is integrated closely with its management tools on the premises, such as Windows Server and Systems Center. Microsoft has a beautiful hybrid offering, but Azure had been struggling lately with considerable interference, something AWS years ago had to do with it. Gartner recommends to make critical applications on Azure; customers need to consider a non-Azure disaster recovery backup plan.

Gartner states that the IaaS market is dominated by Amazon Web Services, followed by Microsoft Azure and Google Compute Engine. And according to the study, these three giants continue to provide the majority of contracts to supply IaaS services in 2015. Gartner warns businesses that, given the competition in terms of price and scale of investments needed, many IaaS providers may have to interrupt their offer during the year.

Note that companies like HP are not even mentioned. HP continues to work on its IaaS offer (HP Public Cloud) but seeks only to promote and sell the service as part of a hybrid solution. With respect Google, the report says that Google needs to expand its sales capabilities, engineering solutions and support. Google lacks many important features for companies looking to migrate legacy workloads to the cloud.

Google Compute Engine: 5 Reasons Why This Will Change the Industry

Key Features of the Global IT Virtualization