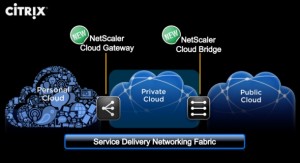 “Project Olympus” is going to be launched soon by Citrix. This platform hopes to help businesses build an infrastructure for private cloud computing using their own firewall even while running a service provider on a public cloud. This announcement was made in the Citrix Synergy 2011 held last week at San Francisco. This is just one of the announcements by Citrix, a company known for its virtual desktop infrastructure (VDI).

In its tireless efforts, Citrix made additional enhancements to its existing portfolio to bring VDI to accommodate even small-to-medium enterprises; it also hopes to run them on various portable devices such as wireless laptops and netbooks, mobile phones and tablet PC’s.

In the recent Open Stack conference held in Santa Clara, Califoria, Project Olympus was born. It was based on the scheme made in Open Stack where a collaboration of various vendors and service providers where Citrix is a participant have come together to build a common open source platform for cloud computing.

Sameer Dholakia, Vice President of Production Marketing for Data Center and Cloud Computing at Citrix said while updating reporters present in the conference, “We’re serious about open, about giving people choice and leveraging the investments they have already made and so they don’t get locked into the legacy server virtualization.”

Just before the start of the conference, Mark Templeton, Citrix CEO announced that they have just completed their acquisition of Kaviza. Kaviza according to him is the maker of “VDI-in-a-box,” which is expected to deliver cloud computing to desktops from small-to-medium enterprises.  He said, “It’s simple and easy to install and yet has all the capabilities and user experience that Citrix is famous for with Xen Desktop,” and added, “complexity is optional.”

Another announcement Citrix made is the new upgrade they have for Citrix Receiver, their widespread software that delivers PC images, data and enterprise applications to many of their end user gadgets in the IT business. Citrix proudly announced that Receiver now supports 1,000 Mac and other PC’s, 149 various mobile phones, 37 tablet PC’s and 10 client desktops. In this announcement Citrix focused on the consumerization of the IT trend, which allows employees to use their personal gadgets and devices to work, so IT people need to find means how to make that work.

GoToMeeting from Citrix has also been improved, which includes collaboration features that can be used during a meeting. It now has a beta GoToMeeting that will include HD Faces plus high definition audio-video conference via Xen Desktop.

Paul Burrin, Citrix vice president said during the reporters briefing that, ‘We want telepresence, we think it’s a fantastic capability but we can’t afford these high-end systems,” he also mentioned that they hope to target SMB’s with this software.

Last of the announcements is their preview of Citrix HDX technology for improved performance in media delivered VDI environment, which includes 3-D graphics and better audio-video in Xen Desktop and Xen App with its multitasking tasks.

The Database Battle: MongoDB vs MySQL