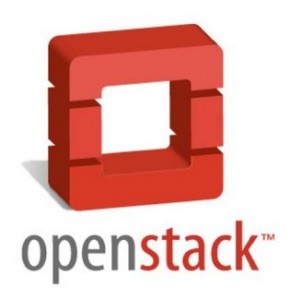 OpenStack is currently riding high on a momentum built up by Rackspace’s recent decision to rebrand themselves around the open source cloud project, along with long-running auction site eBay coming out and admitting that they are using the technology, but it’s not completely smooth sailing for Openstack, as there are still a number of skepticism in the industry over their governance and development models.

Openstack itself is an odd technology. It is well-received by the majority as it provides IT vendors and end users with an open cloud ecosystem that is robust enough to compete with closed source and commercial offerings, yet it still generates a lot of criticisms from people who question their governance model, and from people who pan its lack of maturity when compared to industry leaders such as Amazon’s AWS and VMWare. So, what’s the reason for Openstack’s ability to be so divisive and polarizing?

You have to admit that Openstack deserves a lot of the criticism levied against it, particularly with regards to their governance model. For one thing, one of the founding members, Rackspace, has already earned ire for its unfair and disproportionate influence over the technology’s direction. The matter seems to have been solved when Rackspace ceded the project to an independent foundation, but they are currently enmeshed in another governance-related debacle, as the Openstack Foundation is now investigating allegations that an employee of one of its corporate members tried to intimidate a new candidate for a new board coming from a company that he perceives as an Openstack competitor.

There’s also concern that having “too many cooks in the kitchen” of the Openstack project is resulting in much slower development, and that it could lead to a Unix-style fracture and segregation down the line. Distributed Systems Expert Geoff Arnold, who recently examined Openstack in his Yahoo stint, believes that OpenStack will never reach Amazon AWS’ levels of stability due to the fact that it needs to pacify the requirements of almost 200 different contributing companies. Amazon’s AWS, on the other hand, has the advantage of faster and more unified development since it only answers to one boss – Jeff Bezos.

The amount of criticism OpenStack gets is not to be ignored, as they have already suffered loses by way of some members backing out of the project, with the most notable one being Citrix, which is one of the early contributors to the Project.

Citrix recently cut ties with the project, and instead decided to build on their own open source CloudStack platform. Citrix clarifies that they were originally behind OpenStack and planning to build on top of the technology, but that they can’t afford to wait a year or two for the project’s lengthy technical maturation process.

It is not impossible for other large members of the OpenStack foundation, particularly ones big enough to strike out on their own such as HP, IBM, and Red Hat, to decide that the OpenStack project is taking too long to mature or that it’s going in the wrong direction. And from there, they can easily back out and just develop their own forks of the platform.

On the other side of the spectrum, there are influential mega vendors who are backing OpenStack and banking their cloud strategies on its success. This list includes a lot of notable big names such as Rackspace, HP, Internap, Dell, AT&T, Dreamhost, Intel, NetApp, and Cisco. The supporters even include competitor VMWare, even if indirectly, as they have recently acquired the OpenStack member Nicira.

This is more of a circular causation, but it stands to reason that the amount of big name companies backing the Openstack might actually become the lynchpin of the project’s success, as it’s only natural for the project to benefit from the industry leverage and installed userbase of these companies.

Rackspace by itself already has enough credibility to allay the fears and concerns of prospective backers, as the company’s cloud computing gig, which is now supported by OpenStack, is responsible for the company’s annual run rate of $1.3 billion. The cloud computing business is such a major source of Rackspace’s success that they have even started to rebrand themselves by way of replacing the word “hosting” in their logo with the tagline “The Open Cloud Company.”

Another good reason for prospective backers to feel assured of OpenStack’s success is eBay, which has recently detailed its private OpenStack cloud, along with Yahoo, NASA, Intel, and a bunch of other major research outfits.

Maybe it’s just because of all the attention and hype OpenStack is getting. After all, any lucrative opportunity that involves major industry players will obviously be a hotbed of big egos, in-fighting, and allegations – but at the end of the day, these things will have to be set aside as members realize that the priority should always be the project as a whole, and that they all need to work together and tread the same path, since that’s the only way they will all benefit at the same time.

The Case for Private-Cloud File Storage and Sharing