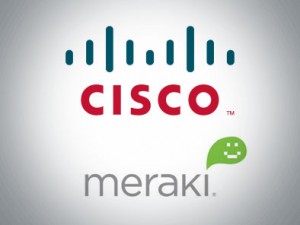 Due to its expansion efforts in cloud computing, Cisco Systems Inc. has decided to buy Meraki, a San Francisco-based cloud computing firm, for $1.2 billion. Meraki has been known since 2006 as a provider of mobile device management, security, switching, and Wi-Fi technologies. Founded by members of the Laboratory for Computer Science at the Massachusetts Institute of Technology, Meraki will now be part of Cisco’s Cloud Networking group. The new group will be led by Sanjit Biswas, CEO of Meraki. The new acquisition is expected to be finalized by January 2013. The purchase came after Cisco purchased Cloupia for $125 million. Cloupia is known for its datacenter management software.

If the deal is finalized, the acquisition of Meraki can provide a lot of benefits for Cisco. Not only will Cisco reign supreme over networking hardware and consumer wireless networks, it will also be capable to integrate its networking hardware with cloud computing technologies. It can be remembered that Cisco Connect Cloud was forced upon its router customers and had problems with privacy and Terms of Service.

On the other hand, Meraki is making waves on the small and medium-sized businesses front by providing them access points. The company is known for trailblazing the cloud computing integration of its products. Its Cloud Controller is able to make it easy for administrators to control various online Meraki APs in one interface. The Controller can also configure a mesh network of APs.

Meraki also introduced the first cloud-managed router which allowed users to remotely control networks and use APs in an off-site datacenter. It also has a Wi-Fi Stumbler app, a cloud-based application capable of managing wireless networks. Through this application, scanning and troubleshooting of wireless networks are made possible from a browser.

Thus, the success of Meraki is a welcome addition to Cisco as it will be able to provide cloud computing management to its strong networking hardware thereby making the company an innovative and formidable firm.