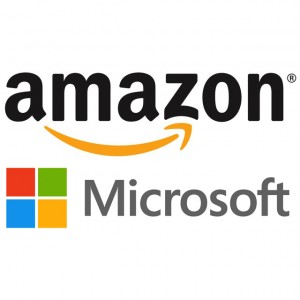 After releasing its new cloud computing services a week ago, Microsoft vows to contend face to face with Amazon in the market place. Microsoft Corporation (MSFT) is serious with its goal to match or even bring down their prices compared with Amazon’s already lowest rates. This is in the hope of developing their business market share even when it means they have to cut their prices by as much as 21 to 33 percent.

As part of the company’s initial strategy, it has cut down the prices on Microsoft’s On Cloud Services from Windows Azure for hosting and processing of consumer data. This is a clear challenge to Amazon that currently controls the growing cloud computing market of online data services. In fact, Amazon Web Services (AWS) earned $1.8 billion revenue in 2012 and Bernstein Research has projected a $20 billion profit before the decade ends in 2020. It would be interesting to see how Microsoft’s move will affect this projection.

After nine months of beta testing, the Windows Azure Infrastructure Services is now prepared to face Amazon. It is now ready to run existing cloud applications on its storage and servers via the Microsoft data centers.

Windows Azure’s Tools and Server applications will be marketed as the new avenue to manage business cloud solutions. It includes management, storage and control of the company’s backbone data, cloud infrastructure, and online registration and application. Windows Azure’s huge data centers in various remote locations will be utilized to accomplish these tasks.

Currently, the figures from Forrester Research Inc. (FORR) analysis showed that 71% of the respondents used AWS, 10% used Microsoft or Google, and less than 10% used other cloud vendors.

In a separate interview, Martin said that Redmond, Microsoft’s Washington-based software maker has about 200,000 Windows Azure users with at least 1,000 new online applications daily. Moreover, Microsoft generated 1% increase or $28.97 at the closing of stocks in New York last year. Also, MSFT has already garnered an 8.5 percent increase in stocks after barely the first two quarters of this year, which was also reflected as a 10% increase according to the figures in Standard & Poor’s 500 Index.

How Social Sciences Benefit from Big Data and Cloud Computing