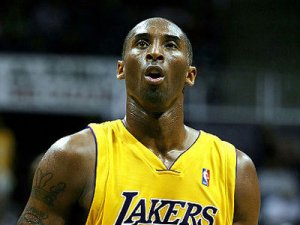 #prayforkobe trended the day Kobe Bryant tore his Achilles. At least a several hundreds of thousands of Lakers fans vowed to pray everyday for Kobe until he recovers from what has been determined to be the worst injury of his career. Bryant, through the post game interview, said he knew immediately it was a torn achilles. He also knew his season was over but he decided to take the freethrow to hoping he was wrong. He wasn’t.

Within hours, hundreds of videos on youtube, articles and photos were posted on:

After 24 hours, assessments and analysis became even more in-depth with many blogger even interacting with each other. Several “Kobe Watch” were fully set up and in less than a week, Nike came out with a TV ad and print ad that is meant to become a tribute to Kobe and his passion for the game.

It hasn’t stopped. Lakers is now down 3-0 in the first round of playoffs but opinions, suggestions and analysis continue to come in meant to watch and help the Lakers, Bryant and other fans mourning the fate of Bryant.

The incident is nothing something to be taken lightly in the world of sport, it should also be viewed from a different perspective.

Within 24 hours, a comprehensive collection of videos on Kobe’s career, players that had the same injury and other subjective remotely and closely related to the incident.

If at all, it provided many newspapers, magazines and writers source materials in writing what are supposedly more reliable write ups about the incident and consequences thereof. The crowd materials became the most comprehensive repository of research materials.

Athletes can now upload their videos, statistics and records for all scouts to see. Scouts, coaches and managers can turn to youtube for what is traditionally a “manual” task. Scouts can cover 50% of the work by sitting in front of their computer to watch videos of athletes. They can post for request and email inquiries or join forums to request for more materials and do preliminary interviews.

There are, of course, things that the internet may not be able to provide. Scouting, of course, is not just about statistics. A huge part of the research is getting a feel of the character of the athlete and that’s something the cloud can’t provide… at least not fully. However, the potential is undeniable.

Probably one of the most less spoken truths in sports is the amount of help the fans give their teams. Thousands of fans give suggestions to the coaching team. They give plays, workout and practice suggestions, observations about other teams and others. Although many of these are beyond amateur, there are also many that are worth a second look.

It’s an ever common struggle and problem. Accessing local sports content is not easy because it’s never profitable enough for major networks to air it. In fact, even the NBA games aren’t religiously aired across all territories. It is one of the reasons many events, sports and athletes are left undiscovered.

The cloud is becoming the  network that provides people access to different sports contents, local or international.

Bryant’s injury also highlighted one problem, there is lack of effort to organize sports contents in the cloud. For the scouts and coaches, it’s becoming a game of chance to find the right athlete or right content. Someone has to organize the cloud and make it friendly to all those who are searching for contents related to sports.

For an industry worth billions of dollars yearly, there isn’t any effort to create an international database of amateur athletes or pre-amateur artists. In fact, there is not even a single sports that aggregates all their intentional contents in a single site.

The cloud has the potential to change and influence sports in ways that could completely change business is done, talents are discovered and , even,  the game is played. However, a great amount of organization, planning and international cooperation must be put to it. After all, the cloud is a technology. How it will be used is all up to the people using it.

For now, dig deep in the cloud. You’ll find lots of Bryant moments that will feel the void until his promised return next season.