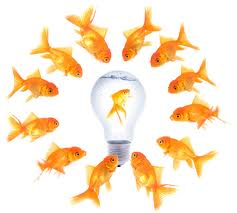 In the past, people who are in need of a huge sum of money to fund a startup, a huge project, or a brand new commercial product, would have no other options besides applying for a loan or shopping their ideas to investors. But with the advent of crowdfunding, even college students who are coding from their dorm rooms can get enough funding to conceptualize, develop, and mass produce products or projects in scales that are previously exclusive to large companies. In fact, crowdfunding has proven itself to be so effective that even established companies are now using it for their latest projects.

Crowd Funding is essentially a fund raising method in which common people like you and me (re: the “crowd”) are able to fund projects that they like with their money, using an intermediary. The project starter usually sets a target amount and all the supporters then “chip in” as much as they want until the target amount is reached or exceeded. The intermediary takes their cut or commission, and then it is up to the project starter to use the funds in order to follow through with the project.

What differentiates Crowd Funding from the simple act of donation is that crowdfunding is directly tied to the American JOBS act, which allows online sales of small stock to a huge pool of investors. While the act has not been passed yet, crowdfunding is still allowed provided that you aren’t selling any kind of stock.

While all crowd funding sites are basically working under the same principle – that of posting a project proposal to a large group of site users or “potential investors,” – there are number of approaches or models being used by different sites. Reference to an article in Inc.com:

Some crowd funding sites offer incentives to people who fund projects by way of special rewards, which are usually dependent on what the project starter decides to offer. The most popular type of this reward system is used by the crowdfunding service Kickstarter, wherein their supporters (called “backers”) are given a tiered-reward system, where they can donate as much as they want with higher donations being given better incentives. For instance, a videogame project may give every backer a free mention in the credits, while those who donate $50 or more get a limited copy of the game, while those who donate $100 get a limited copy AND a set of artbooks and figurines and so on.

Other crowd funding sites don’t really offer rewards or incentives. They tend to rely mostly on goodwill of the community, which is why these types of sites focus more on personal and charity projects, instead of commercial ones.

The main reason why crowd funding has become so popular is because it provides advantages for both the project starters and the donors. The benefits for project starters where so good that even large companies who already have the financial means to fund their own product still use crowd funding.

The main benefit of crowd funding for project starters is that it makes financing straightforward and free from risk. Whereas traditional means of funding comes with the obligation to make enough money back to pay back the loan or earn a profit for the investors, Crowd Funding is just a straight line from the producer straight to the consumer. There is no pressure to earn enough, as donors already get something back for their money, and there’s no risk from not getting enough funds, as projects don’t need to be started if there’s no funding.

Another benefit of crowd funding for project starters, at least in situations where the project is a product that’s meant to be marketed and sold, there is really no risk that the product won’t sell enough to make a profit, since every single donator is already buying a piece or a copy.

Crowd Funding basically reverses the process of getting a product out to market. Through conventional means, the project starter first gathers enough money to fund the project, then produces the product, then sells it and hopes that enough people buy it to generate profit. Whereas with crowd funding, they gather enough donors, whose money they use to produce the product. When the funding becomes successful, they produce the product and send it to the donors, which are all basically automatic sales, then they can use the profit from said sales to produce more for another round of selling.

There’s practically no risk – if they succeed in finding the right amount of donors, the product automatically sells enough to generate revenue. If they fail to find enough donors, the product isn’t made and they go back to scratch without losing anything but time.

The benefits for donors are usually more straightforward. First, they are usually sure that they’re supporting a product that they really want to buy, instead of waiting for a company to produce the right type of product somewhere along the line. Many crowd-funded projects are very transparent about what donors can expect from the finished project, and also accept feedback. Some sites even adopt a sliding scale model when it comes to goals, in the sense that the project starters usually add more features or improve certain aspects when the accumulated funds exceed the goal (under the principle that more funding will allow them to purchase more resources or hire more people, instead of being a practice of reciprocity).

Additionally, in the case where sites offer incentives to donors, there is also the benefit of getting a little bit of extra in return for their support. In some cases, the rewards are actually rare and only produced for the crowd funding event. These incentives are actually marketable and can be sold. Of course, there’s also the pride in knowing that they became part of something big and helped realize something that used to be impossible due to financial hurdles.

Crowd Funding as a concept is broad enough that it can be employed for a wide variety of projects, but the most common ones they get used for are:

Starting Your Own Crowd Funded Project

Crowd Funding certainly seems like one of the best ways of launching a project without taking on too many risks, but don’t think that you can just rush into one blindly. The competition is fierce nowadays, as more and more crowdfunded projects have sprung up, competing for donors’ money. If you want to stand out and succeed, there are a few things you need to keep in mind (Knowledge Bank article):

When Setting a Target Amount, Don’t Forget the Invisible Expenses

A lot of novice project starters make a mistake of only setting the amount needed to fund their project. Don’t forget that the crowd funding sites will take a cut. In cases where there are rewards for supporters, you also have to factor in the cost of the rewards, as well as the cost of shipping them out to donors. Additionally, something could also happen during the development or production stage that would require more money. When it comes to setting the target amount, you need to prepare for the worst while hoping for the best.

On the Other Hand, Set a Realistic Target Amount for Your Project

Don’t mistake this as advice to make everything cheap. Just make sure that the amount you are asking for looks realistic to the prospective supporters. Bear in mind that the term realistic is relative. Asking for two hundred thousand dollars just to ship a couple of 2 inch PVC toys is unrealistic, but it sounds just about right when it comes to producing the pilot of a professional-level animated show. Besides the fact that a realistic amount is much more likely to get met, supporters are also influenced by whether they think the project will be successful or not. If they believe it will fail because the goal is set too high, they won’t bother donating. On the other hand, they also won’t donate if they feel that the project will fail because the target is too low to actually produce a decent product.

Be Specific and Transparent with Your Goals

One of the main reasons you went with crowd funding in the first place is that you don’t like to take too many risks. Your supporters are in the same camp, they don’t like to take a risk on funding an ambiguous project. So it helps a lot if you provide as much info as you want, explain anything that needs to be explained, and don’t make promises that you can’t keep. Try to keep your project goals grounded in realism, and just include the grandiose plans in the stretch goals.

Predictive Analytics is the Next Growing Sector in Big Data Market